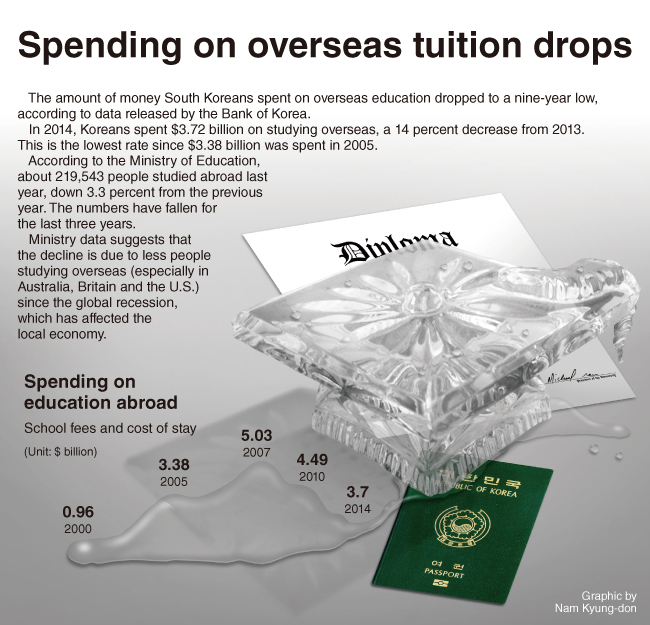 South Koreans’ spending on overseas education dropped to a nine-year low, according to data released by the Bank of Korea.

According to the Ministry of Education, about 219,543 Koreans abroad last year, down 3.3 percent from the previousyear. The numbers have fallen for the last three years.

Ministry data suggests that the decline is due to fewer people studying overseas (especially in Australia, the U.K. and the U.S.) since the global recession, which has affected the local economy.