Disguised as a teacher, Suki Kim ‘embedded’ herself in the society she was writing about

Korean-American author Suki Kim’s account of her six months in Pyongyang teaching English to the sons of North Korea’s elite, “Without You, There is No Us,” published in 2014, takes its title from a popular North 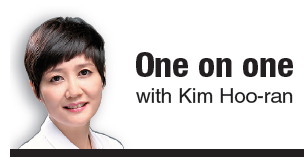 Korean song, a song that adulates the North Korean leader as all songs in the North inevitably do. It is a world where its leader is the lead character and all others are just supporting cast members, Adam Johnson, author of “The Orphan Master’s Son” noted in an interview with The Korea Herald last year.

By the time Kim arrived at the Pyongyang University of Science and Technology ― North Korea’s first privately run university, funded by evangelical Christian groups overseas and opened in 2010 ― in the summer of 2011 to teach English, she had been to North Korea twice. Her visit to Pyongyang in 2002 to cover the 60th birthday celebrations of Kim Jong-il ― the pro-North Korean group which had brought Kim along had billed her as a youth leader, allowing her to see first-hand private celebrations by the VIPs ― resulted in a cover feature for the New York Review of Books. In 2008 she was part of the press corps covering the historic New York Philharmonic performance in Pyongyang in 2008.

Kim, who emigrated to the U.S. in 1983 as a 13-year-old, identified with some things during the 2002 trip. She wanted to pursue the sense of loss she felt during that trip and the opportunity arose when she was in Pyongyang to cover the New York Phil’s visit along with 100 other journalists. “It was a totally different experience. They could only write what they were shown. This was a case of manipulation of the media,” said Kim during an interview on Jan. 26 at the office of her Korean publisher in Seoul. “It made me realize that I wanted to do something in-depth.” 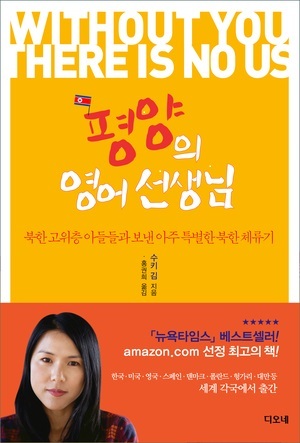 When she returned to Pyongyang posing as a teacher, she went with the aim of writing a book. “I wanted to do a literary nonfiction,” she said. She wanted an “inside, unfiltered story” that would deliver a human portrait of North Korea, and for that she needed to be “embedded.”

Going in, Kim never had a plan B in case her cover as an English teacher was blown. She suggested that she may have been too scared to even think about getting caught.

Why take such risks to write a book? “I am sick of the Kim Jong-un jokes. I find the myths tiring. People don’t know about the U.S. role in the Korean division,” Kim said, her voice rising slightly. “I wanted to clarify some of that by showing the human side to Korea.”

Indeed, her book depicts the students as young men essentially similar to young men anywhere, who like to play and joke, are curious about the world, and like talking about girls. Although the students are 19 to 20 years old, Kim, now 44, frequently refers to them as “boys” in her book.

“There were aspects about them that made them young. They are very complicated, corrupt yet naive,” she said. “The system infantilizes them,” she said, explaining, for example, how everything is done in groups.

The students also lied frequently and with great ease. There are several levels of lies, according to Kim. Some lies are inevitable because they are not allowed to talk about their system; then there are the government propaganda lies. There are silly lies too, lies that are told as a group, that make it seem like lying is a habit. “Not all lies are bad,” Kim said with a chuckle. In fact, Kim says their lying made her empathize with them. “Why do they have to be in this system, a system that creates these lying machines? I felt for them more,” she said.

Over time, she became protective of her students and was haunted by the question of whether knowledge about the outside world ― she tried to plant knowledge about the world outside their own in her lessons ― would make them unhappy. “I fell in love with my students every day. I called them gentlemen. I think I reached them in that way,” Kim said.

She left Pyongyang on Dec. 20, 2011, with 400 pages of notes. The departure was made dramatic by the fact that the death of Kim Jong-il had been announced the previous day, two days after he died. “The students were heartbroken, utterly heartbroken,” she said.

The book’s publication caused outrage among people who felt that Kim had endangered the safety of the PUST teachers, self-described Christian educators, who she outed as missionaries. Does she worry about the repercussions her book may have on PUST and the students?

“I don’t know what the repercussions are. I protected the students with vague details. Generally, the students were loyal to the system. I did the best I could to protect the students,” she said. However, she is not apologetic about revealing the teachers as missionaries. “It is a laughable claim from president James Kim (that the book endangers the school and the teachers) because North Korea already knows,” she said, claiming that PUST is collaborating with the North Korean regime. “It is propaganda for the regime,” she said.

“I don’t think I will ever go back. I poured over a decade of research into the book. I don’t know if there is anything more to say,” she said. It took a year and a half for her to write the book and over a year to edit.

Although she loves her students, she doesn’t think about seeing them again. She feels that the only way she would see them is if they were to defect. “Defection would mean something bad had happened to their families,” Kim explained.

“Without You, There is No Us” received great reviews in the U.S. and has gone into its sixth printing, according to Kim. “The response is that it has humanized North Korea,” she said. In Korea, where she has been interviewed by several conservative newspapers and cable television stations, but pretty much neglected by the liberal media, Kim feels that the book has been politicized. “It is a shame,” she said.