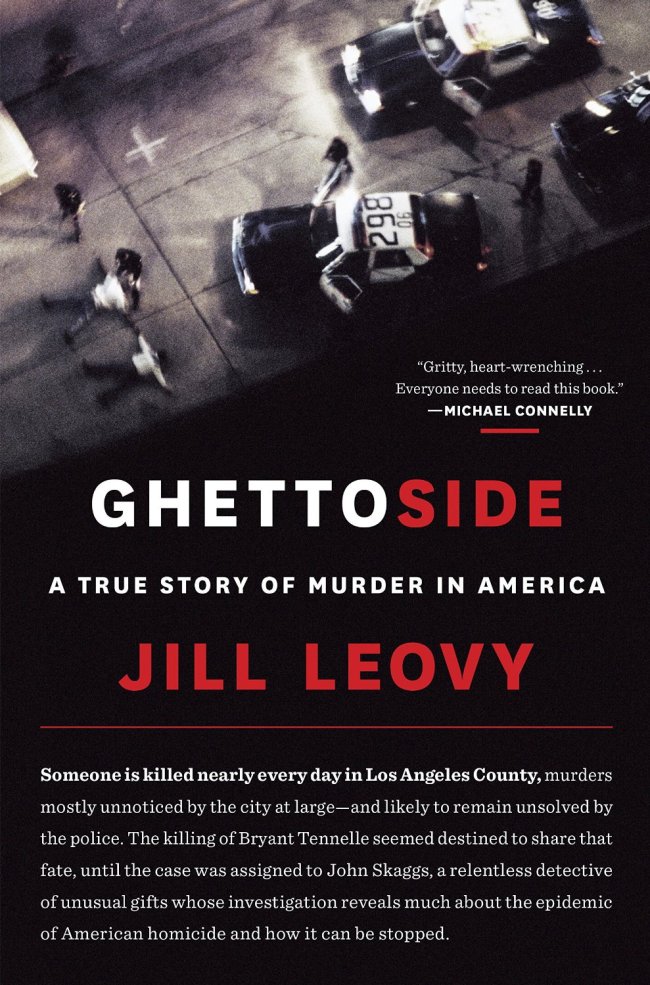 Ghettoside: A True Story of Murder in America
By Jill Leovy
(Spiegel &Grau)


The killings of unarmed black men by police in Missouri and New York have dominated recent headlines, but the slayings of black males by other blacks in the nation’s most violent ghettos still get barely a footnote.

Americans have long been complacent about these anonymous murders, many of them gang-related, most of which go unsolved. The notion that such killings are not newsworthy is reflected in the label that used to be given them by members of the Los Angeles Police Department: “NHI ― No Human Involved.”

Thankfully, that has changed, according to Jill Leovy’s riveting account of a relentless homicide detective’s investigation of a senseless 2007 killing in Watts in which a gentle and good-natured 18-year-old was gunned down after being mistaken for a target in a gang rivalry.

“Ghettoside,” a term picked up by police from a Watts gang member to describe his neighborhood, embraces both the locale of the violence and the culture and mindset that impedes police from bringing killers to justice. Terrified witnesses who cooperate with investigators are labeled as snitches and often are subject to intimidation and fear for their lives.

The hero of “Ghettoside,” veteran detective John Skaggs, cut his teeth during “the Big Years” of the early 1990s, when the number of killings was far higher than it is today. His people skills, ability to detect lies and knowledge of the folkways of the ghetto serve him well as he works to nab the killer of Bryant Tennelle.

The way solid police work cracks a case that at first seemed insolvable reads like a thrilling police procedural set in a neighborhood fraught with danger. The most gripping episodes come as Skaggs manages to persuade the girlfriend of one of the killers to testify against him and then keeps her safe and sober in the face of death threats.

An award-winning reporter and editor with the Los Angeles Times, Leovy in 2007 created an innovative blog that covered all of the city’s 845 murders that year. Most of the killings took place in ghetto neighborhoods and most of the victims were young black men.

While focusing on the killing of Tennelle, the son of a Los Angeles detective, Leovy explores the reasons for the homicide epidemic and looks at ways it can be addressed. In recent years the city’s murder rate has gone down dramatically as a result of factors that include migration of many black residents to the exurbs and the high number of black men in prison.

But the best means of dealing with the still disproportionately high number of black-on-black murders would be to have all detectives approach such cases with Skaggs’ vigor and determination in arresting and helping to convict the two who killed Tennelle. As the defense lawyer for one of the killers observed, “If all these cases were investigated like Tennelle, there’d be no unsolved cases.”

Now, with relations between police and the black community perhaps more strained than ever, this timely book could not be more important.(AP)