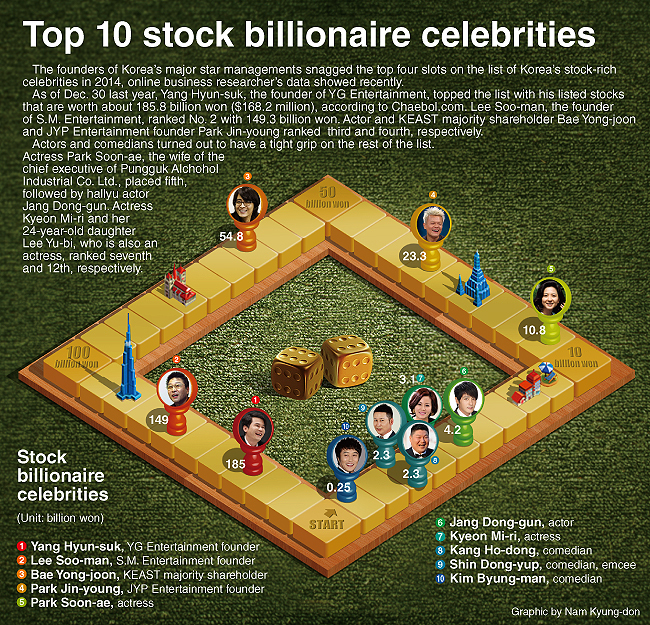 As of Dec. 30, Yang Hyun-suk, the founder of YG Entertainment, topped the list with his listed stocks worth about