“Looking at the backlash of the ‘nuts return’ scandal at Korean Air, big business circles are taking the situation more seriously and looking for lessons to be learned from it,’’ an official from a leading business association told The Korea Herald.

Industry watchers said the nut scandal, caused by Cho, the eldest daughter of Korean Air chairman Cho Yang-ho, exposes the dark side of chaebol, controlled by founding families. This means there is literally no means of assessing the leadership of the younger generation of chaebol owners who will one day take over the businesses. 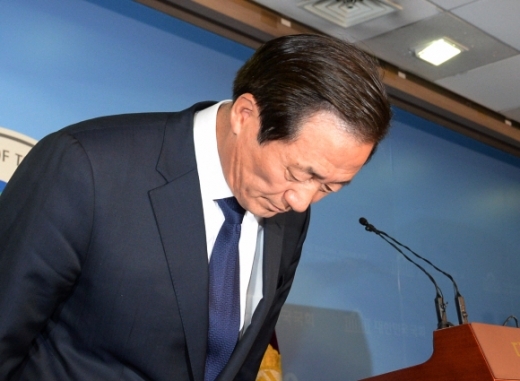 “Despite the generation shifts, the chaebol operate in a way that is similar to the ancient feudal system based on commander-servant relations,’’ said an employee who works for one of the top two conglomerates in Korea under the condition of anonymity.

Civic groups warn that the transition of power to unqualified third or fourth generation members of the owner family could pose a big risk to the future of chaebol, as shown through the Korean Air case.

Kim Sang-jo, a professor of economics at Hansung University, pointed out that the nut incident resulted from abuse of power by a chaebol scion who believed she owned the company and its employees.

Industry watchers believe this so-called “prince or princess syndrome” tends to run deeper in the younger generations of chaebol owner families who have gained power and wealth without effort. This is one of the reasons why many Koreans have antichaebol sentiment.

When news first broke of the nut incident, the public was surprised and upset to learn that Cho, an executive of an airline, ignored the safety of passengers and forced a flight that was ready for take-off to return to the terminal at New York’s JFK International Airport to kick out the head of the cabin crew.

The anger grew when the deplaned crew member said he was also physically and verbally abused by Cho. On the same day, the former Korean Air executive denied such charges during an investigation by the Land Ministry. It will take more time to determine the truth, but most Koreans believe Cho told lies to escape legal punishment.

Korean Air has also became a target of criticism for making an irrational attempt to protect a member of the owner family, even forcing employees to lie for her.

The airline has now fallen into jeopardy with a growing number of netizens vowing to boycott Korean Air flights and calling for changing the company name to Hanjin Air.

Industry watchers said it is time for the chaebol to develop a system to better cope with risks involving owner family members.

“The top management must realize that wealth can be transferred but they have to take a different approach to the transfer of managerial rights,’’ Hongik University professor Chun Sung-in pointed out.

He also said that that chaebol owners are putting their own interests ahead of all else as they control their groups with a small stake through a circular ownership structure.

Members of the owner family of Korean Air hold only a 23 percent stake. The chairman holds a 15.49 stake in the air carrier, while his three children hold less than 2.5 percent each.