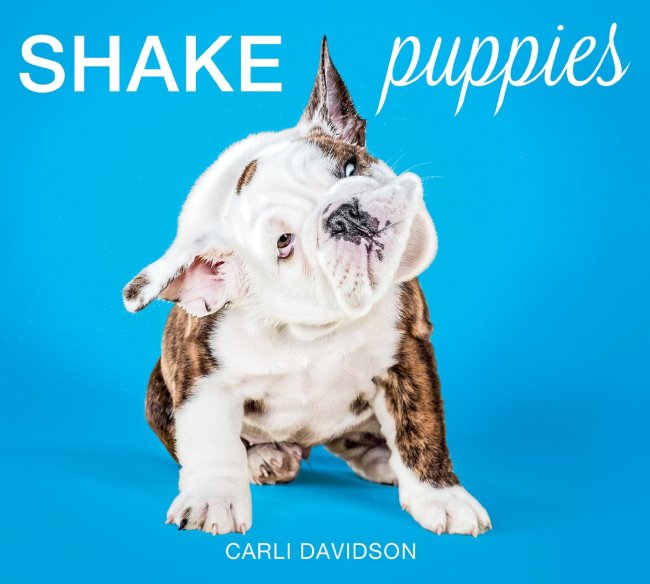 
This much cuteness should be a crime.

Photographer Carli Davidson ― also an animal rights activist, pet foster parent and trainer who lives in Portland, Oregon ― has a follow-up to her bestseller, “Shake,” her picture book of dogs shaking themselves silly.

It’s “Shake Puppies” (Harper Design), which takes her original idea and scales it down to puppies. Davidson gives readers more than 130 amazing shots of pups shaking, capturing all the ear-flapping and zany expressions the 60-some featured dogs could muster. Her photos are wonderful.

She also makes a case for adopting from shelters and rescuing older animals. She did the latter while working on the book. Davidson says she “got baby fever” and decided she needed another dog. She found one in Saul, a Schnauzer whose owner was ill and had to give him up. “He’s 8 years old,” she writes in the book, “but I had to include him since to me he’s only 12 weeks.”

Her account of his joining her family is sweet: “Here I was surrounded by puppies and I opted for the grey, bearded old dude,” she said in a press release promoting the book. “Old dogs lay it all out on the table. They may have some trauma to recover from, and some training to work on, but you have a much better sense of just who you’re gonna be sharing your life with from day one.”

Between Davidson’s wisdom and photos, “Shake Puppies” is a keeper. (TNS)