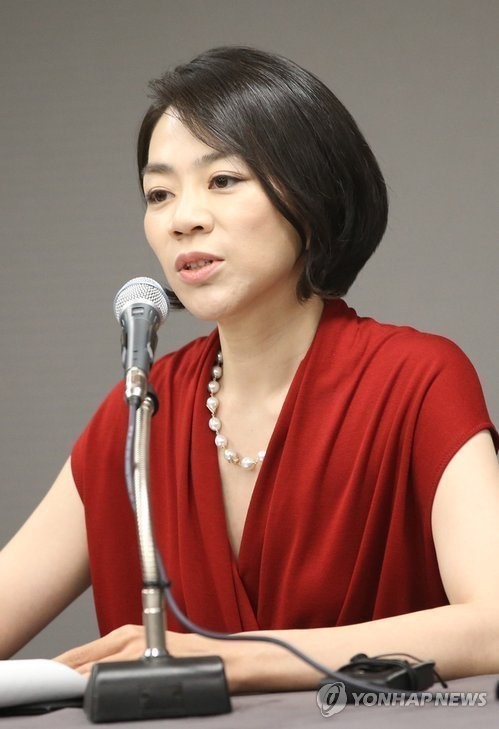 Korean Air executive vice president Cho Hyun-ah resigned from her position for causing inconvenience to passengers aboard a flight that was forced to return to the terminal on Cho’s demands, the nation’s No. 1 air carrier said Tuesday.

“I will step down to take responsibility over the incident,” Cho said in a statement. “I also beg the forgiveness of those who may have been hurt by my actions, and offer my apologies to our customers.”

Cho Yang-ho, her father and chairman of Korean Air’s operator Hanjin Group, immediately accepted the resignation, vowing that proper follow-up measures would be put in place.

Korean Air’s Cho on Friday ordered the pilot of a Korean Air flight to deplane the chief flight attendant when he failed to locate guidelines in the service manual about serving nuts.

The executive vice president had been sitting in the first-class section when she was served a bag of macadamia nuts by a junior flight attendant who failed to ask her if she wanted them. She also reportedly complained about the nuts not being served on a plate and summoned the chief flight attendant to reprimand him about service protocol.

The plane, carrying some 250 passengers and bound for Incheon from New York’s JFK Airport, had to go back to the terminal to drop off the flight manager.

Sensing the growing national uproar over the issue, the Ministry of Land, Infrastructure and Transport has launched an investigation into possible illegal misconduct on Cho’s part.

“The ministry plans to take measures such as reporting the case to judicial authorities if it is suspected that (Cho) violated related aviation laws,” said Lee Chang-hee, director of the Transport Ministry’s Aviation Security Division, adding that officials of the ministry’s aviation security and safety divisions are jointly investigating.

On Tuesday, Korean Air’s labor union released a statement calling for the company’s management to take responsibility for the nut incident, instead of the deplaned flight attendant.

“The company is shifting its responsibility onto flight staff to conceal Cho’s flaws,” the union said in the statement.

The company released an official statement late Monday night and apologized for the inconvenience caused to the passengers.

“It was inappropriate to turn the plane around despite it not being an emergency situation,” the carrier said in the statement.

The carrier maintained that the flight manager had neglected his duties by not being aware of whether or not it was suitable serve nuts to passengers without asking them first.