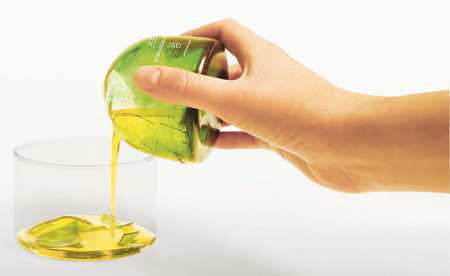 This is the sixth in a series that examines the expanding role of design in the run-up to the Herald Design Forum 2014 on Nov. 26. ― Ed.


“Design is not just what it looks like and feels like. Design is how it works,” said Steve Jobs as he gave a new lease of life to ailing Apple Inc. by transplanting design into its heart.

Had its purpose been merely artistic inspiration, design would have remained a subcategory of art.

Design, however, plays a functional role in association with products and even changes the way people live, establishing its own independent domain.

Lately, with more emphasis being placed on the functional role of design, a new wave of change is rising in the normally conservative food industry, especially in the area of package designs.

Most of the bananas imported to Korea come from the Philippines. But they don’t taste the same as they do in the Philippines because they were harvested early considering the shipping time to Korea. They are usually not ripe even after they reach Korea. The same applies to other post-harvest ripening fruits such as kiwis and mangoes.

Nowadays, a type of package tells you when a fruit or vegetable reaches its optimum ripening.

A company in New Zealand called ripeSense developed a package label that changes color as the fruit ripens.

If an avocado, for example, has more than three days to fully ripen, the label is red, but it changes to orange as the fruit ripens and turns yellow when it is fully ripe. Consumers can pick the avocado in the condition they want.

There is also a transparent label, developed by TRACEO that is stuck over the barcode. This product, which detects certain bacteria, is normally transparent, but it becomes opaque when the packaged food goes bad. This makes it impossible for the barcode to be read and the food cannot be sold.

A self-heating and freezing technology developed by an American company named HeatGenie is also worthy of note. Using a mix of materials including aluminum and silica to instantly generate a lot of heat, this technology is applied to canned food to heat food in just two to three minutes.


Package that decays as fast as food

One of the biggest challenges faced by the packaging industry is the criticism that they destroy the environment. No matter how nicely they are designed, using paper boxes made by chopping trees and plastic bags that do not decompose for hundreds of years leaves behind a sense of discomfort.

“We deliver products in Styrofoam boxes in order to maintain the freshness of organic produce, and we often get complaints that the packaging is too much,” said an organic food seller.

“Some consumers even send the packaging back to us.”

Many companies take the matter seriously.

A survey of 500 packaging industry experts in North America and Europe conducted by the American chemical company Dupont showed that a majority of the respondents expect the importance of sustainability in the packaging industry to more than double in the next 10 years. They also said companies will place priority on environment over budget.

A variety of sustainable package designs are being developed to meet changing consumer perception.

Swedish design studio Tommorow Machine introduces its package products by saying “the packaging has the same short life span as the foods they contain.”

They use only biodegradable materials to design their products such as an olive oil bottle made of sugar that pops like an egg, rice package made of beeswax that peels like orange skin.

A slew of Korean companies are joining the eco-friendly packaging trend.

“Consumers who purchase products based on ethical values are on the increase, prompting companies to expand the use of eco-friendly packaging even if it means losses due to higher manufacturing costs,” said an industry insider.