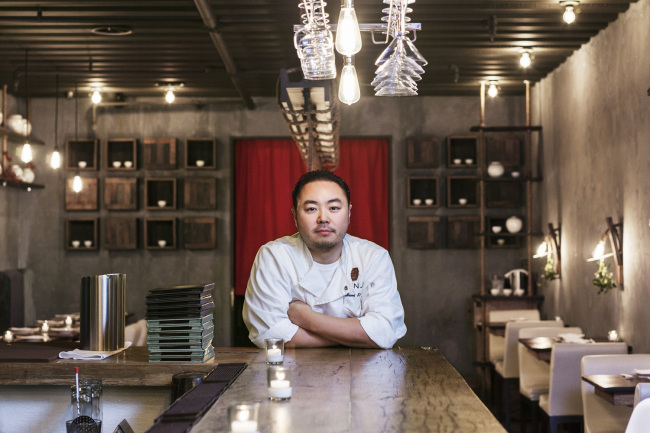 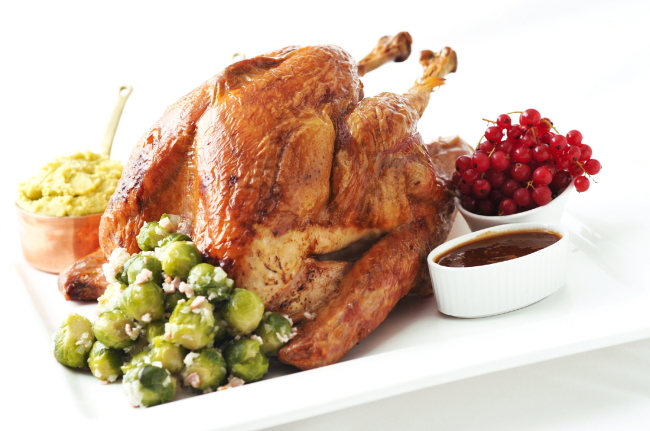 Roast turkey for Thanksgiving and Christmas at Grand Hilton Seoul

The Alpine Deli of the Grand Hilton Seoul will be offering roast turkeys for Thanksgiving and Christmas from Nov. 1 to Dec. 31. The turkeys are seasoned with salt, sugar, lemon and parsley and cooked for 10 hours at 17 degrees Celcius in the oven. The 6-9 kilogram turkey is nicely cooked until the skin turns crispy gold. The deli is also offering mashed potato with cranberry sauce, giblet gravy and brussels sprouts with the turkey. The price for a small turkey, which serves six to eight people, is 200,000 won. A large turkey, which serves nine to 11 people, is 250,000 won, including tax. For more information, call (02) 2287-8989. 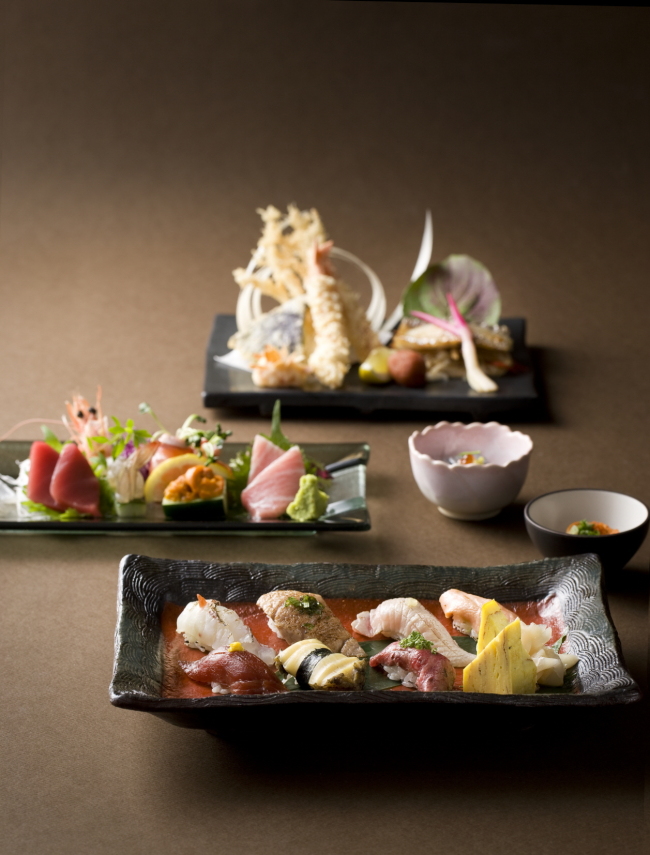 Mikado, the Japanese restaurant at JW Marriott Hotel Seoul, is presenting a Japanese-style Sunday brunch. The brunch buffet includes a variety of sushi, sashimi, teppanyaki and tempura dishes. The sushi bar features 10 types of fish, including tuna, sea bream, bass, salmon and yellowtail with a wide range of salads. Also available in the buffet are toothfish, eel, king prawn, grilled Jeju black pork and a variety of seasonal vegetable teppanyaki dishes. Guests can order udon or soba noodles and spicy fish stew that are made to order and served directly to guests at their tables. The Sunday brunch, priced at 120,000 won, is served from 11 a.m. to 1 p.m., and from 1:15 p.m. to 3:15 p.m. For more information, call (02) 6282-6751. 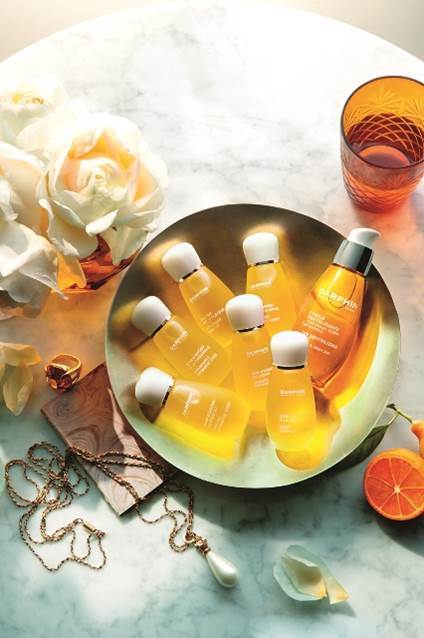 Park Club Spa is presenting a body treatment using Darphin’s essential aromatic oil, which moisturizes dry skin during changes in seasons. The “Aroma Ritual” treatment relieves fatigue, calms troubled skin, brightens its tone, supplies nutrients, and moisturizes and revitalizes it. The 75-minute treatment features a body massage designed by Darphin, which begins with a foot bath and massage in mint-infused water. Aroma oil selections include chamomile, rose and tangerine, which moisturize the skin and bring vitality to the stressed skin. The facial and body massage is 250,000 won and an additional antiaging vitamin facial mask or deep cleansing is available for 25,000 won. For more information, call (02) 2016-1176. 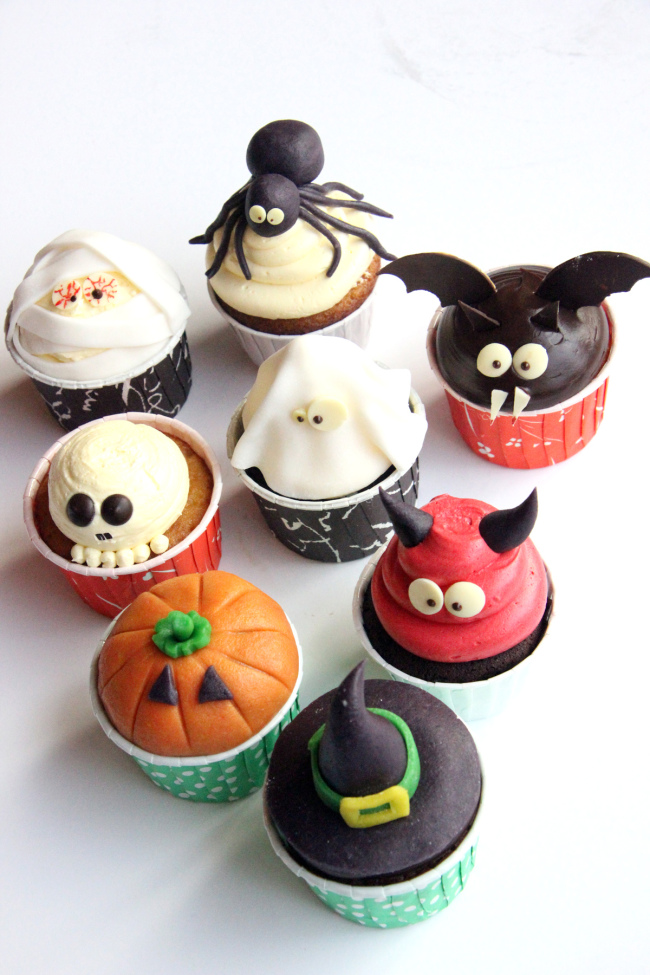 The Seoul Baking Company of JW Marriott Dongdaemun Square is presenting Halloween-themed cupcakes until Oct. 31. The cupcakes are topped with rich chocolate decorations in the shapes of classic Halloween characters and symbols such as pumpkins, phantoms and witches. Made with the French premium chocolate Valrhona, the cupcakes are priced at 6,000 won each and can be purchased from the pastry shop on the basement level of the hotel. For more information, call (02) 2276-3340. The pastry shop also offers sandwiches and salads throughout the day for lunch, dinner or takeout.