[Graphic News] Half of major firms’ board members come from SKY, overseas schools 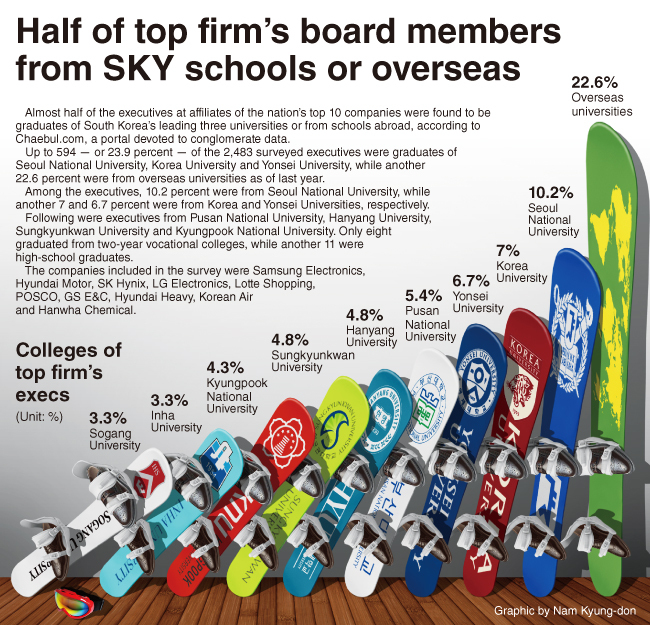 Almost half of the executives at affiliates of the nation’s top 10 companies were found to be graduates of South Korea’s leading three universities or from schools abroad, according to Chaebul.com, a website devoted to conglomerate data.

Up to 594 ― or 23.9 percent ― of the 2,483 surveyed executives were graduates of Seoul National University, Korea University and Yonsei University, while another 22.6 percent were from overseas universities as of last year.