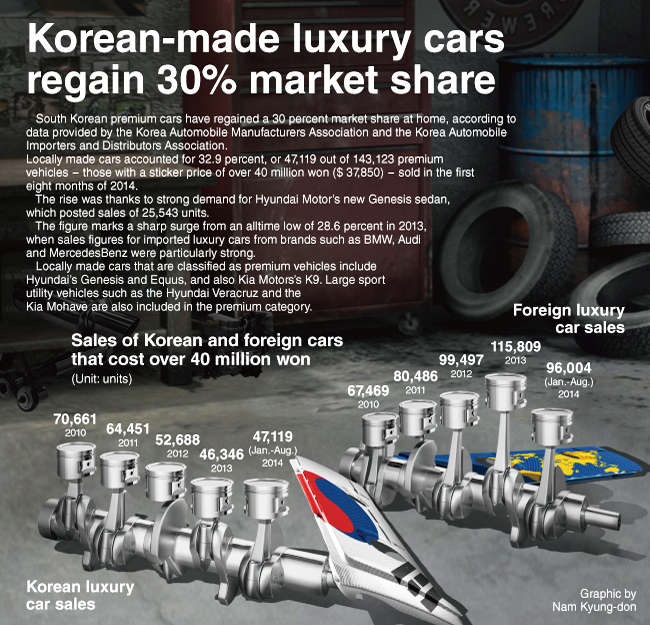 The rise was thanks to strong demand for Hyundai Motor’s brand new Genesis sedan, which posted sales of 25,543 units.

The figure marks a sharp surge from an all-time low of 28.6 percent in 2013, when sales figures for imported luxury cars like models made by BMW, Audi and Mercedes-Benz were particularly strong.

Locally made cars that are classified as premium vehicles are Hyundai’s Genesis and Equus, and also Kia Motors’s K9. Large sport utility vehicles such as the Hyundai Veracruz and the Kia Mohave also are included in the premium category.