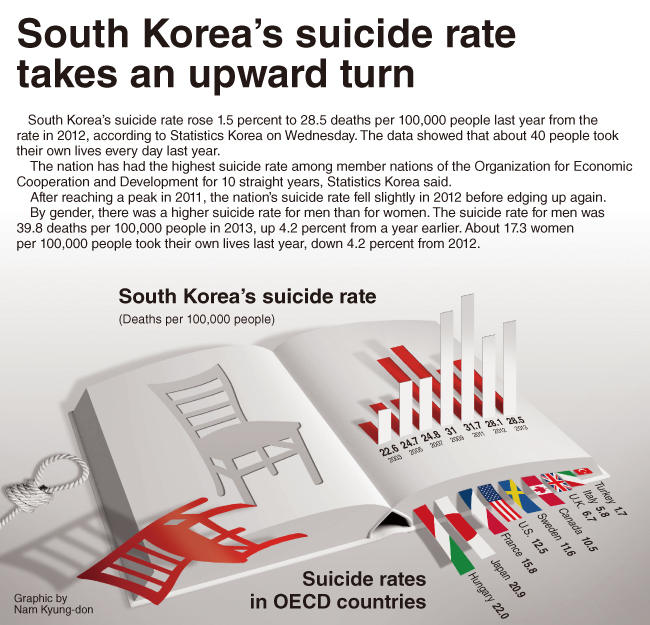 South Korea’s suicide rate rose 1.5 percent to 28.5 deaths per 100,000 people last year from the rate in 2012, according to Statistics Korea on Wednesday. The data showed that about 40 people took their own lives every day last year.

The nation has had the highest suicide rate among member nations of the Organization for Economic Cooperation and Development for 10 straight years, Statistics Korea said.

After reaching a peak in 2011, the nation’s suicide rate fell slightly in 2012 before edging up again.