Park Shin-hye thanks her Thai fans 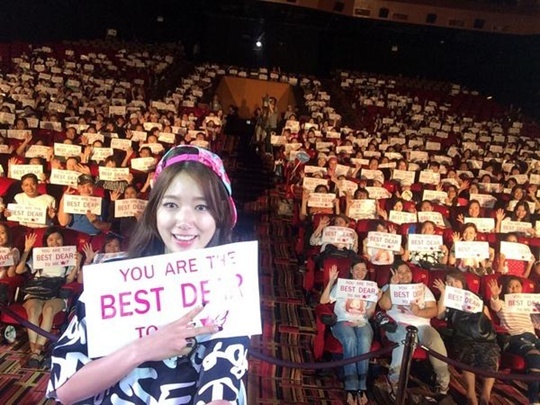 Park posted a picture of her and her fans taken during the Asian Fan meeting tour on her Twitter account. Along with the photo, she wrote, “Thank you, fans from Thailand for giving me a wonderful memory!”

The actress finished her Asian fan meeting tour named “2014 Story of Angel,” having visited countries including China, Japan, Taiwan and Singapore. Park is now to begin filming the upcoming Wednesday-Thursday SBS drama “Pinocchio” with actor Lee Jong-suk. The drama is scheduled to air in November.