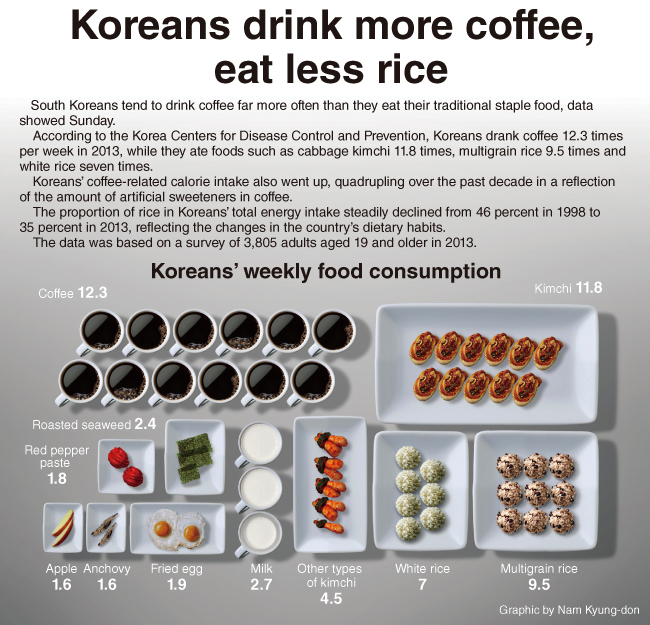 According to the Korea Centers for Disease Control and Prevention, Koreans drank coffee 12.3 times per week in 2013, while they ate foods such as cabbage kimchi 11.8 times, multigrain rice 9.5 times and white rice seven times.

Koreans’ coffee-related calorie intake also went up, quadrupling over the past decade in a reflection of the amount of artificial sweeteners in coffee.

The proportion of rice in Koreans’ total energy intake steadily declined from 46 percent in 1998 to 35 percent in 2013, reflecting the changes in the country’s dietary habits.