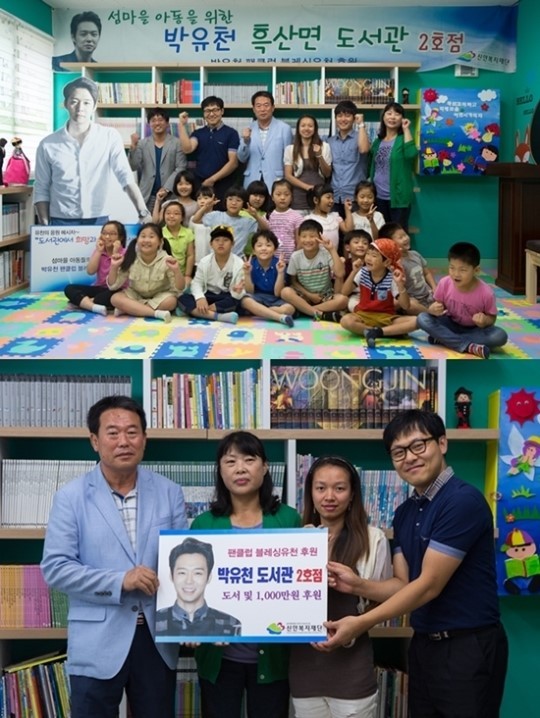 Fans of Park Yoochun, an actor and a member of the idol group JYJ, opened a children’s library on Heuksando Island, South Jeolla Province, on Tuesday.

Yoochun’s fan community “Blessing Yoochun” celebrated its fourth anniversary by building a library named after the singer. The community donated 10 million won ($9,600) as well as 6,600 books for children. The library will also have a beam projector so that children can watch movies.

Comprised of fans over the age of 30, the members have supported Yoochun by performing good deeds. Other activities of the community include helping burn victims with their surgery expenses, helping pediatric cancer patients and paying for meals at local children centers.

Through its fundraising campaign, launched four years ago, it has collected a total of about 150 million won.

Yoochun is currently participating in the world tour “The Return of the King” with other JYJ members.