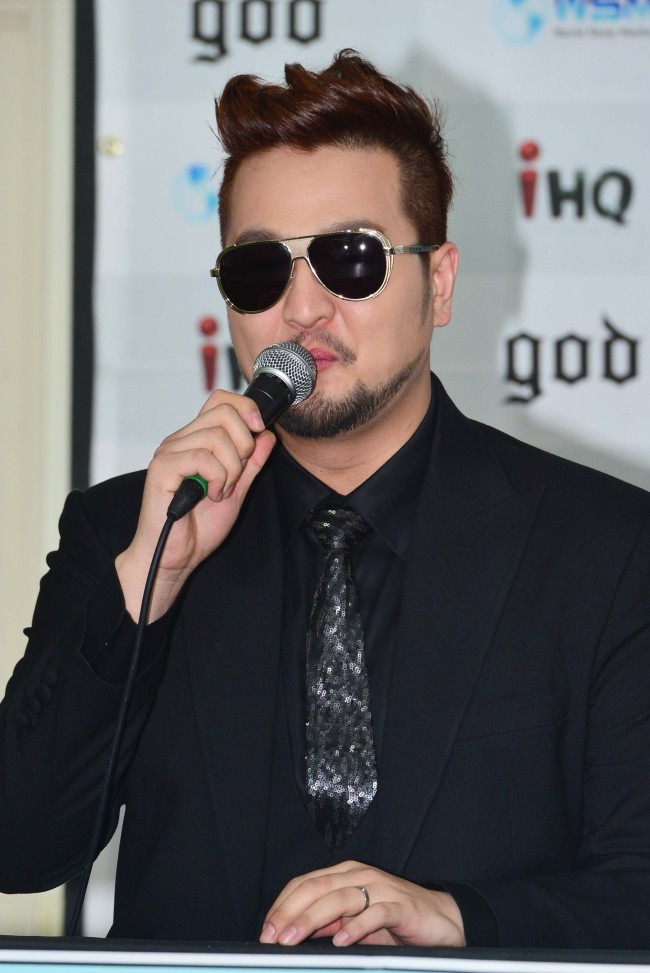 “I apologized for my imprudent mistake. I felt shame and reflected on myself while I read the comments about me, but I wish you to know that the bad words I said were not from my heart. The members of Shinhwa and g.o.d have been friendly than anyone in the K-pop scene and our fans has felt the same. I am afraid that my bad mistake might affect the relationship between two groups,” Kim said on his Twitter account Monday.

The g.o.d. member caused a controversy when he said Friday on StoryOn’s “True Live Show,” that he was not afraid of the fans of Shinhwa.

Kim sought public understanding, saying that g.o.d and Shinhwa have been considered rival groups, but “I went too far for make it fun in the show.”

“If I were a member of Shinhwa or a fan of the group, I would have felt really bad about it. I apologized to Minwoo on the phone and I am writing this to apologize to the fans of Shinhwa,” Kim added.