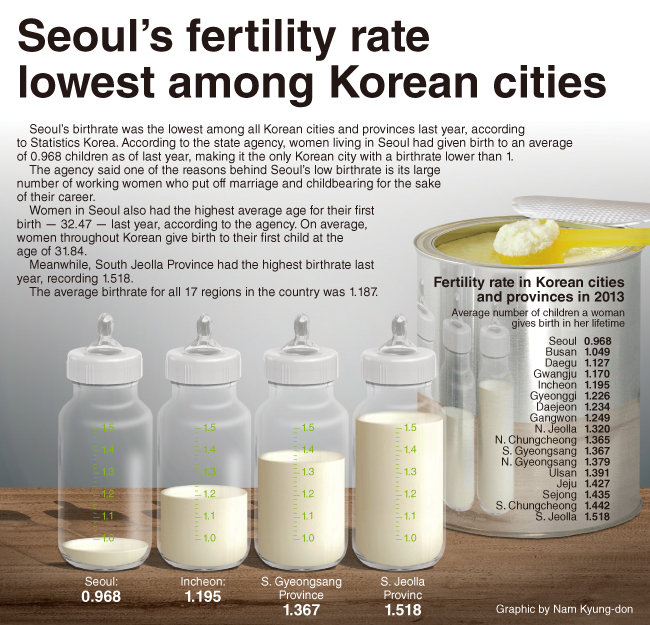 Seoul’s birthrate was the lowest among all Korean cities and provinces last year, according to Statistics Korea.

According to the state agency, women living in Seoul had given birth to an average of 0.968 children as of last year, making it the only Korean city with a birthrate lower than 1.

The agency said one of the reasons behind Seoul’s low birthrate is its large number of working women who put off marriage and childbearing for the sake of their career.

Women in Seoul also had the highest average age for their first birth ― 32.47 ― last year, according to the agency. On average, women throughout Korean give birth to their first child at the age of 31.84.

The average birthrate for all 17 regions in the country was 1.187.