The comedy-action film "The Pirates" has topped 5 million in attendance, helping lead Korean movie sales along with the mega hit history film "Roaring Currents," according to its distributor Friday. 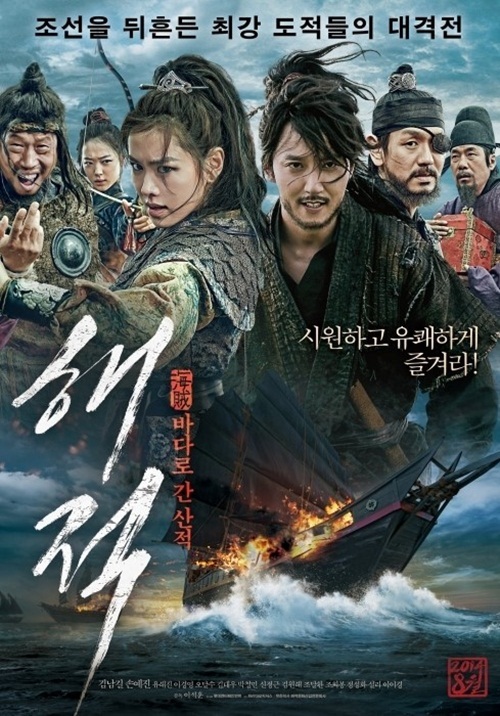 The action film with the subtitle "Bandits Going to the Sea" reached the mark early Friday morning, Lotte Entertainment said.

Friday was the 17th day since the movie's release.

With the latest feat, the film exceeded the break-even point with profits fully covering all investments.

"It's an easy comedy film that any family with children aged 12 or over can generally enjoy," a Lotte Entertainment official said, adding that it will show the movie through Chuseok, one of Korea's two biggest holidays, in the second week of September.

"The Pirates," set in the early times of the Joseon Dynasty (1392-1910), tells the story of a quest by bandits and pirates to recover the missing royal seal from the whale that swallowed it.

Recently, "Roaring Current," featuring a South Korean navy admiral's maritime victory over Japanese invaders, drew 15 million viewers since its release on July 30, the most by any film in Korean box-office history. (Yonhap)