[Herald Review] Under the ocean, ugliest side of human desire

Nothing like the first two films, “Sea Fog” presents a grim but realistic look at the ocean, depicting human greed lying under the surface.

“Through the life of six crew members of Jeonjinho (the name of the vessel in the film, translated as ‘to advance’) and Chinese migrants, I wanted to illustrate a blended microcosm of our real life into the film,” director Shim Sung-bo said at the film’s press premiere. “This is not a suspense or a thriller. It is a film about humans’ inborn desires, loneliness and ambiguity.”

The film, set during 1998 during the Asian financial crisis that put thousands of Korean people out of work, forecasts a gloomy outlook as it is adapted from a theatrical performance of “Haemoo” (Korean translation of sea fog) based on a less publicly known tragedy that occurred in 2001.

The Taechangho incident occurred when 25 illegal Chinese immigrants were allegedly dumped at sea by Korean ship crew members, after being suffocated to death inside the ship’s fish storage compartment to hide from the maritime police. The people who suffocated were among 60 Chinese and ethnic Korean-Chinese migrants being smuggled across the border on the Korean vessel Taechangho.

The film follows the basic plot of the accident in detail, piecing together the fictional truth and some of motives behind the ship crew’s action to dispose the bodies.

The film’s realistic portrayal of the accident continues the unique style of Bong Joon-ho, who has painted social realism onto his previous films such as “The Host,” “Memories of Murder” and “Snowpiercer.”

But this time, “Snowpiercer” director Bong takes a different position. He is the executive producer as his “Memories of Murder” cowriter Shim makes his directorial debut. 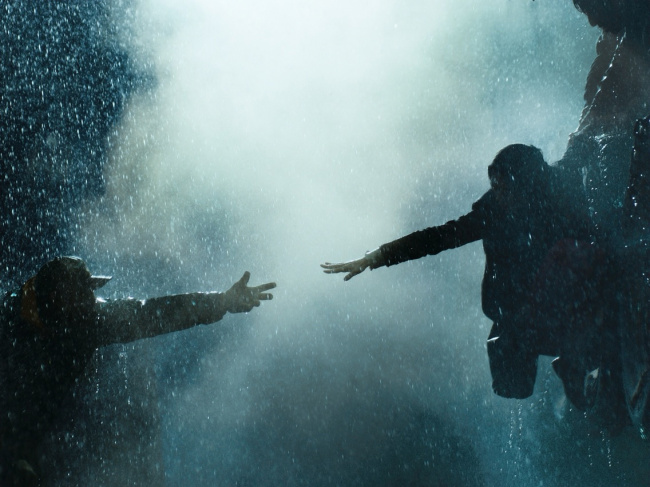 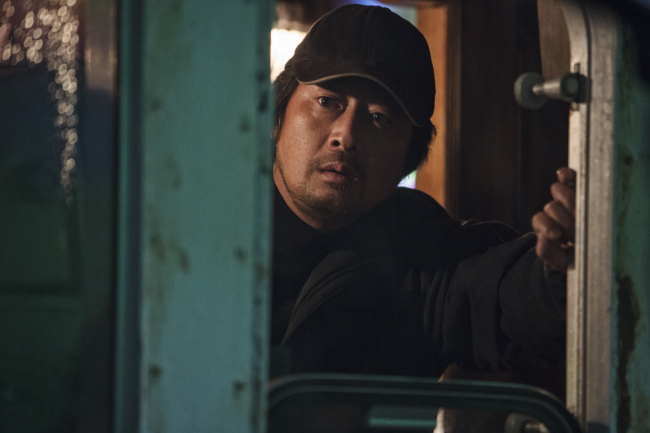 Bong’s emphasis on taking visually thrilling stories to reflect true humanist details on a visceral level matches detailed storyteller Shim’s discussion of what is under human desire, especially when faced with disaster.

The accident says it all, but it is quite difficult to pinpoint who is at fault for the tragedy in the first place.

The crew members were left with a series of tough choices and they made questionable decisions based on each person’s desire.

Therefore, this film is not geared to judge evil from good or wrong from right. Rather, it illustrates that there is no definite good or evil, and that duplicity and human nature are affected by the environment.

Ironically, the viewers are left with questions of what they would have done if they were in the crewmembers’ shoes. Some might even be able to sympathize with them.

The Jeonjinho leaves the docks hoping to return with a full load of fish only to end up burdened by the weight of human desires.

For captain Cheol-joo, played by Kim Yoon-shik, the Jeonjinho is all he has. Once a dominant fishing vessel in Yeosu, this old vessel lost its worth as the crew failed to catch fish. Cheol-joo plots to make money by trafficking in people rather than selling the ship for its scrap value.

He cries out “Inside this vessel, I am the president,” he tells Chinese stowaways who refuse to go inside the fish storage area. He disposes of dead bodies without any reserve to prevent possible scrutiny.

Unlike Cheol-joo, Wan-ho (Moon Sung-keun), the ship’s engineer who values morality and conscience, is the most sympathetic character in the film. When his morals are tested, he can no longer live normally.

Dong-sik, the youngest of six crew members, played by singer-turned-actor Park Yoo-chun, seems to be the most innocent and strongest character.

He immediately falls for Korean-Chinese migrant Hong-mae (Han Ye-ri), the only girl left on the ship. When Hong-mae becomes the source of the conflict, Dong-sik does everything to protect her. Dong-sik is genuine and less tainted than other older crew members. He values love and humanity even in harrowing circumstances.

As each crew member represents a mutually different desire ranging from social status, sexual desire, money, to love and even morality, the film simply deals with the theme of desire which causes woes for the humankind.

It is not sea fog that dashes the dreams of Chinese stowaways and Korean crew members. It was the ugly side of human desire that destroys everything, leaving few traces behind.