Along with the photo posted on Instagram, he wrote “giants” in the caption. 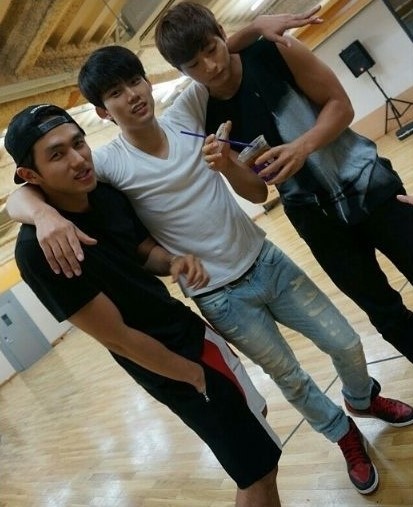 In the picture, the trio are standing side by side, with Taecyeon in the middle draping his both arms around the other two’s shoulders. They appear to be practicing for the upcoming joint concert in casual outfits.

Lim‘s group 2AM, along with other JYP-affiliated musicians including 2PM, 15&, Miss A and Got7, are scheduled to hold a collective concert “2014 JYP Nation - One Mic” starting in Seoul on Aug. 9 to be followed by concerts in Hong Kong and Tokyo.