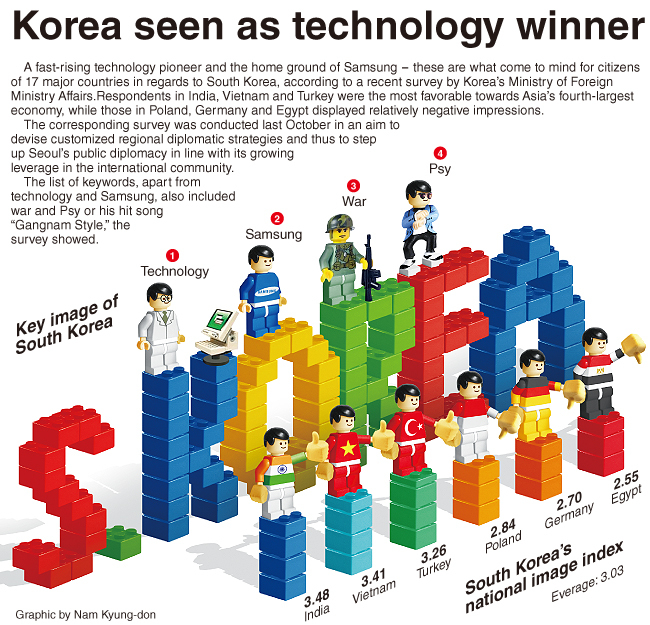 A fast-rising technology pioneer and the home ground of Samsung ― these are what come to mind when citizens of 17 major countries think of South Korea, according to a recent survey by Korea’s Ministry of Foreign Affairs.

Respondents in India, Vietnam and Turkey were the most favorable toward Asia’s fourth-largest economy, while those in Poland, Germany and Egypt had relatively negative impressions.

The corresponding survey was conducted last October with an aim to devise customized regional diplomatic strategies and thus to step up Seoul’s public diplomacy in line with its growing leverage in the international community.

The list of keywords, apart from technology and Samsung, also included war and Psy or his hit song “Gangnam Style,” the survey showed.