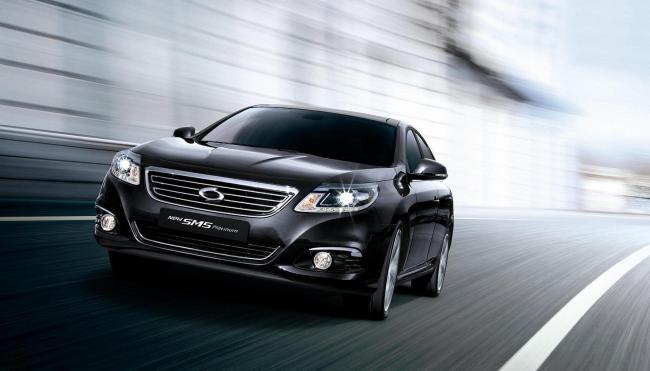 Renault Samsung Motors said Sunday it would focus on the midsize sedan market for the rest of the year as part of its efforts to become the third-largest domestic carmaker by 2016.

With the first diesel-powered version of its SM5 series going strong, the France-based automaker is hoping that its best-selling models could beef up the overall midsize sedan market and the entire auto industry.

According to Renault Samsung, its SM5 D received more than 2,000 orders between June 23 and July 9.

“The main attraction is of course the fuel economy ― it reaches 16.5 kilometers per liter on diesel fuel. It nears the performance of a hybrid engine and has apparently attracted people seeking smaller or hybrid-engine cars due to fuel efficiency concerns,” a Renault Samsung spokesman said.

The SM5 D is the latest addition to the automaker’s flagship SM5 series.

In 2013, the turbocharged SM5 TCE with 190 horsepower was mainly geared toward younger drivers who enjoy sports driving while the gasoline-powered SM5 Platinum targeted family users.

The complete SM5 lineup is expected to revitalize the midsize sedan market, intimidated by the growing popularity of sport utility vehicles. The company’s sales chief Park Dong-hoon declared that “the SM5 series will create a playground for Renault Samsung.”

“The midsize vehicles still account for 28 percent of the registered cars in the country. They are also a barometer of a carmaker’s technology and manufacturing capacity. The SM5 series is important for Renault Samsung in every way,” the company spokesman said.

Thanks to the SM5 sedans alongside the smash-hit QM3, QM5 Neo and SM3 Neo, Renault Samsung saw more than 40 percent growth in the first half of 2014 compared to the same period last year. This is far above the industry’s average of 5.2 percent.

“It was the design that gave Renault Samsung a fresh new brand image at first. With our SM5 sedans, we will solidify and reinforce our presence in the market,” the company spokesman said.