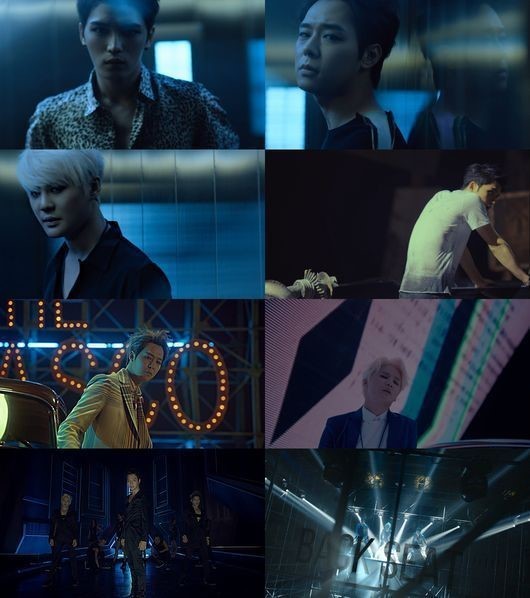 In the video, fans can get a glimpse of the urban R&B song that will focus on showing off the idols’ sensuality.

The group’s long-awaited comeback is imminent, with their second studio album, “Just Us” and the music video for the title track “Back Seat” to be released on July 29.

The album will include 13 tracks including self-written and English songs that the group has worked on in Korea and the U.S.

Following the album’s release, JYJ will hold the third “JYJ Membership Week” expo in Seoul from July 31-Aug. 3 for their fan clubs. The event has been held annually in the capital for free since 2012, drawing more than 20,000 fans each year from home and abroad.

The band has also scheduled its Asia concert tour “The Return of the King,” with the first concert to kick off on Aug. 9 in Seoul. The idols are set to visit eight cities across Asia including Hong Kong, Beijing and Shanghai.