The Korea Tourism Organization announced on Tuesday the new tagline “Imagine your Korea” to replace the short-lived slogans “Dynamic Korea” and “Sparkling Korea.” While the former slogans stressed the nation’s economic and cultural dynamism, the new motto focuses on cultural appeals to foreigners.

“Korea has a lot for foreign tourists to discover. Korea has changed from a cheap tourist destination to a trendy and exciting place. Now we ask foreigners to come and discover the diverse charms of Korea,” said Byun Choo-suk, president of the state-run organization in the slogan unveiling ceremony.

“They will discover more than they could imagine here. No single word can define Korea. There is nature, people, K-pop, culture, industry and more. Visitors can experience Korea on their own.” 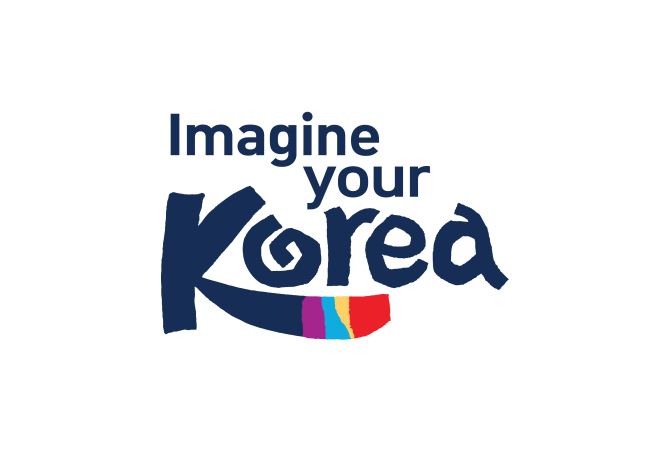 The rising popularity of its music and dramas gave the country more travel resources to offer than ever before, Byun said. Aside from heritage and tradition, K-pop and K-dramas are the latest attractions of Korea tourism.

Gianna Jun, who played the leading female role in the recent hit TV drama “My Love from the Star,” received an award for promoting Korea tourism. The drama became a smash hit in China, attracting more Chinese tourists to Korea and further popularizing Korean culture in China.

“It’s an honor to receive the prize. I feel proud that the Korean lifestyle shown in TV dramas and movies has gained popularity among foreigners. As an actress, I will do my best to introduce Korean culture to many people across the world,” she said after receiving the award.

The organization also kicked off a tourism campaign under the new slogan with the goal of attracting 20 million tourists from abroad by 2020. The number surpassed 12 million last year.

Officials said from that they selected the new slogan from 9,000 slogans submitted through a public contest last year.

The organization will broadcast the ad in those countries from which large numbers of tourists come to Korea, including China, Japan, Russia and Southeast Asian countries.