Seo In-guk tells of what makes his role attractive

In the tvN rom-com, the singer-turned-actor currently plays Lee Min-seok, a high school student who masquerades as an executive in place of his missing older brother, who looks as though he could be his twin. 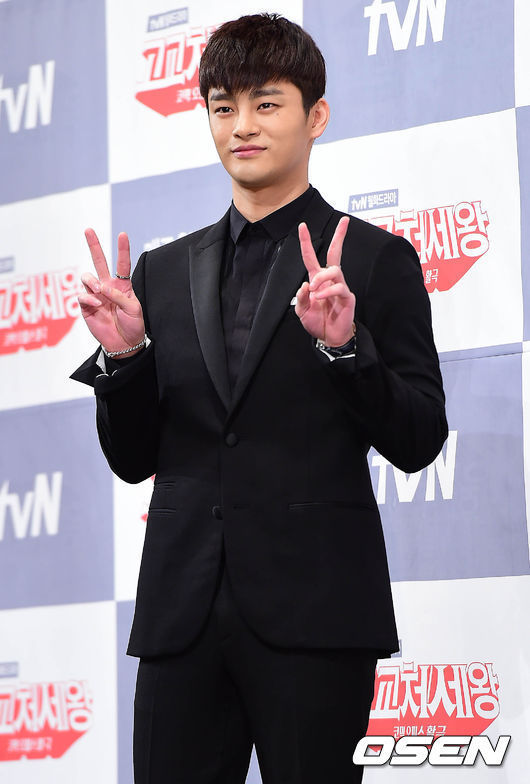 “Lee Min-seok’s honesty is what makes him attractive I think,” Seo said at a press conference for the drama held Monday in Ilsan, Gyeonggi province.

Seo said that his character’s behaviors at work are a breakthrough to those who have been looking for a shelter from social life.

“When we lead our lives, we sometimes use others as shields to protect ourselves and we sometimes even lie,” Seo told the reporters. “My character Lee is free from all that that and that’s why his presence can be a relief to stressed office workers.”

The cable-TV drama comically portrays the life of a high school student who leads a double life as a student in the morning and office worker later in the day. The immature and simple-minded teenager goes to work and pretends to be his older brother, a young executive, at his brother’s sudden request and faces numerous challenges along the way.

The drama, starring Seo, along with Lee Ha-na, Lee Soo-hyuk and Lee Yeol-eum, airs at 11 p.m. every Monday and Tuesday on tvN.