After 16 years in the industry, Skull drops ‘King O’ Irie’

He first started thinking about a solo album during his military service, but it wasn’t until he finished it in 2010 that he was able to start work on it. The album would take him four years to complete as he waited for the perfect time to release it.

“I was always thinking of (the) right time,” he said. “I felt like, if I just release the album, only a few people can listen to my album, even if I make very good songs or a very great or fantastic album.”
He said that led him to go a different route, which included project group Skull & Haha and taking part in TV shows like “Infinite Challenge.” All of this was so that when he did eventually release something, the general public would be more familiar with him and therefore more willing to check it out.

The title “King O’ Irie” represents not only his confidence in himself as a reggae artist, but his desire to introduce Jamaican and reggae culture to Korea.

And because he had plenty of time to work on the 13-track album, the singer said he was able to select just the right tracks ― he wrote nearly 200 songs over four years ― and fix them just the way he wanted in order to best represent himself. The album contains a little bit of everything, from a song about his love for his family and fans, to other tracks that are a bit racier in content. 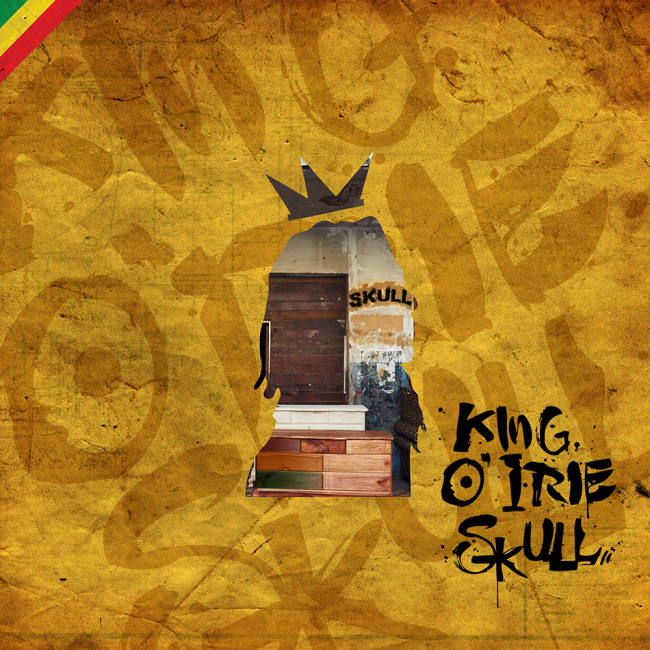 In fact, only one song, the lead single “I’m Getting Married” which was made in collaboration with producer Brave Brothers, is safe to air on Korea’s main broadcasters. The rest contain either curse words or sexual content, something that Skull says he didn’t want to edit out especially after spending years making songs that were safe for broadcast in Korea.

“This time I wanted to show the real me. Even if I cannot broadcast (and) I cannot play the song on the radio. So that means you guys have to buy this album and then you can feel me. You can feel the real Skull,” he said.

All of the music videos for the album were filmed abroad in Cuba, Jamaica and Hong Kong, and Skull made sure that even though it required a lot of time and money, they were of the highest quality.

“People show me support and love, so I can do this. I also show my love to them, to my fans, so that’s why I made so many music videos for them, even though only the title song we can broadcast here,” he said.

More than that, Skull says he gets a lot of support from Jamaica.

“I can’t understand everything, because I’m not Jamaican, (but) at least I can make the effort to know Jamaican culture and Rasta culture,” he said.

He’s personally met some of the top Jamaican artists like Spragga Benz and the Marley family, who he said treated him like a younger brother and took the time to answer any questions he had about reggae or Jamaican culture.

“I really want to thank them, ’cause, even if I act like, ‘Oh, I’m the Korean reggae king,’ or something like that, but if real Jamaican artists are, ‘Oh, he’s no good,’ everything is over. But they support me and really encourage me, so it’s good for me. I really thank God,” he said.

It’s been a long road for Skull, who first fell in love with reggae after hearing a Bob Marley song on the street as a high school student. He claims that one song changed his life, pushing him to perform in a music genre that was neither popular nor easy to find in Korea. He performed in the underground scene for several years before donning his trademark dreadlocks and debuting with Stony Skunk at YG Entertainment in 2003.

He calls reggae his “destiny” and hopes to work together with other Korean reggae musicians to make the music and the culture more popular here. He said the reggae community wants every artist to move forward and together they can win.

“King O’ Irie” is available in digital format on July 17 and in all other formats on July 18.