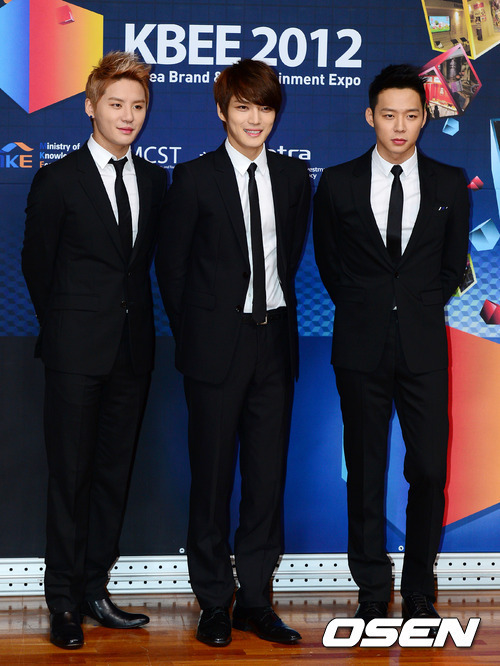 Fans of the idol group JYJ expressed their disappointment and anger over the uncertainty of whether the group would perform in the opening ceremony of the Incheon Asian Games.

The three-member K-pop group has served as a promotional ambassador for the sports festival since February 2013, but was excluded from the list of singers performing in the opening and closing ceremonies.

The list was revealed last Monday at a press conference and included other famous K-pop singers Psy, CNBLUE and EXO, an idol group from JYJ’s former agency.

Later that day, the agency issued a statement about JYJ’s absence from the list, expressing its displeasure about what it claimed was an unfair decision by the organizing committee.

Despite JYJ’s discontent, the organizing committee continued to prepare for the Incheon Asian Games, having an appointment ceremony today with actor Hyun Bin, another honorary ambassador for the sporting event.

The picture of today’s event with the actor was posted on the official SNS page of the Incheon Asian Games.

Below the picture, fans of JYJ posted comments demanding the performance of their idol group in the opening and closing ceremonies.

The comments included “We want JYJ” and “Respect JYJ.” The posted replies also included pictures of JYJ and banners made by fans.

According to the local reports, the organizing committee is currently vague about JYJ’s appearance in the ceremony, saying that the details for the performances are to be confirmed in two or three weeks.