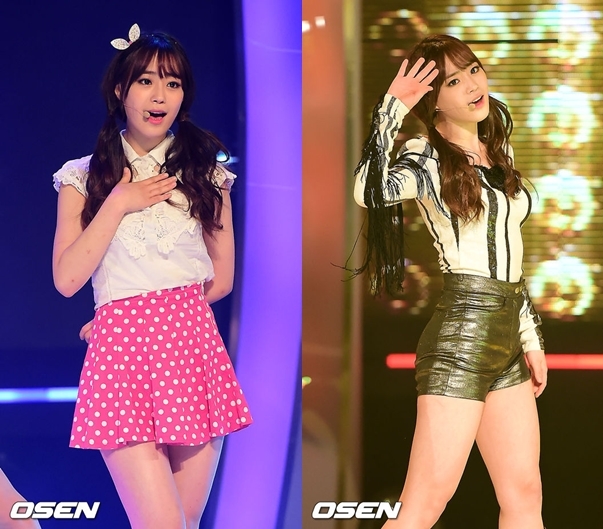 A new member of K-pop girl group KARA was selected on Tuesday, but faced some doubts on whether she will be able to fill the hole left by two former members who defected from the group.

The group’s management agency DSP Media, in cooperation with MBC TV, had pushed for a project to select a new member. And on MBC’s final episode of “KARA Project -- KARA The Beginning,” Heo Young-ji, 20, stole the stage with her baby-like face and contrasting sexy moves, beating out four rival trainees under DSP Media.

KARA has been going through a rocky time since two members, Kang Ji-young and Nicole, refused to renew their contracts with the entertainment agency. The group’s fandom also vented opposition to the project, hanging out banners that said, “I boycott Baby KARA” or “Just go with three.”

Meanwhile, the three original members of KARA -- Park Gyu-ri, Han Seung-yeon and Goo Ha-ra -- continued activities as KARA and held fan meeting sessions, promising to uphold the name of KARA despite the changes.

Kang Ji-young is currently in talks with a Japanese entertainment agency to debut as an actress in Japan while Nicole is gearing up to come back as a solo act.