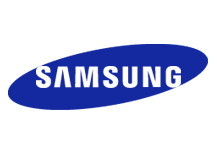 After holding a vote with its 1,500 members that day, most of whom are hired via Samsung’s partner companies, the labor union agreed with the firms to settle a string of labor issues, such as the adoption of a monthly salary instead of piecework and supportive measures for union activities.

The companies agreed to pay the workers a basic monthly salary of 1.2 million won ($1,183) with bonuses based on performance, grant up to six unionists paid time off for union duties for up to 9,000 hours per year as provided for in the labor laws, and allow three executives of the union to take unpaid leave.

A series of union strikes began in July 2013 after some of the union members died by suicide, which was blamed on poor working conditions and financial difficulties.

Some workers even allegedly died from overwork.

Following the deal, Samsung Electronics Service released a statement that said “(We) welcome the agreement reached between our partner firms and the labor union. We would also like to express our sincere condolences to the families of the deceased.”

Some market watchers, however, criticized Samsung Electronics Service for trying to distance itself from the disputes by trying to limit the issue to one between its partner firms and unions.

The world’s largest memory chip maker is also negotiating with a group of relatives of factory workers who died of leukemia after working at Samsung’s chip factory lines in South Korea.

Samsung executives and representatives of organizations supporting the bereaved families have met twice since Kwon Oh-hyun, a chief executive of Samsung Electronics, in May issued an official apology for mishandling the leukemia issue.

The two counterparts are currently in discussion over the details of the negotiation process, such as the establishment of an arbitrating body, and the amount of compensation.

As the string of reconciliatory moves from Samsung comes in the aftermath of Samsung Group chairman Lee Kun-hee’s hospitalization, it is suspected that the company is aiming to resolve all thorny issues before the power transition to his son Jay-yong, while at the same time clearing the business mogul’s name before his death.