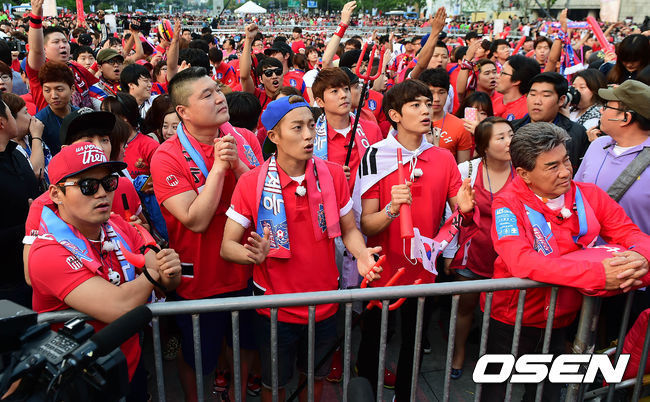 South Korea crashed out of the World Cup with a 1-0 loss to a 10-man Belgium squad on Friday, Korean time.

Yoon Doo-joon of K-pop boy band B2ST said, “Team Korea, You have done really hard. Thanks for your hard work every time you run across the grounds for 90 minutes on the other side of the planet.”

SHINee’s Minho said, “It is a pity, but Team Korea, you have done well. I will look forward to seeing you be even better at the next World Cup.” 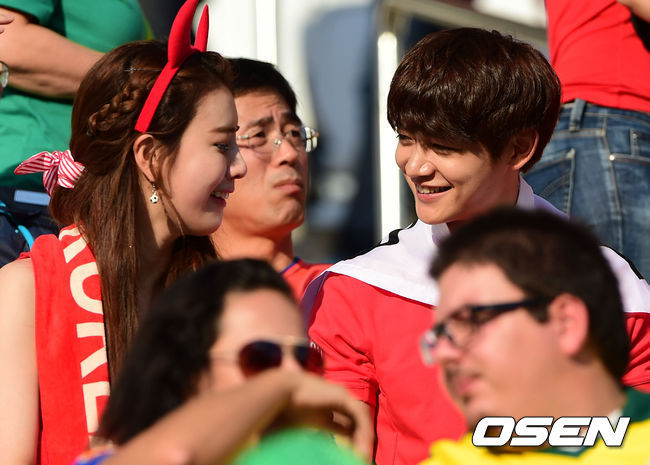 K-pop rookie group Got7 shouted out “Go, Team Korea!” saying that they were moved by the Korean players’ efforts and passion despite their failure to advance to the round of 16.

Secret’s Jun Hyo-sung also left the warm-hearted message “Regardless of the result, I know that Korean players have tried hard. I want to say that you have done well.”

Sexy diva G.NA said, “Thank you for not giving up on the match and making ceaseless efforts.”

The South Korean football team will return home on Saturday after ending its World Cup participation without a win.