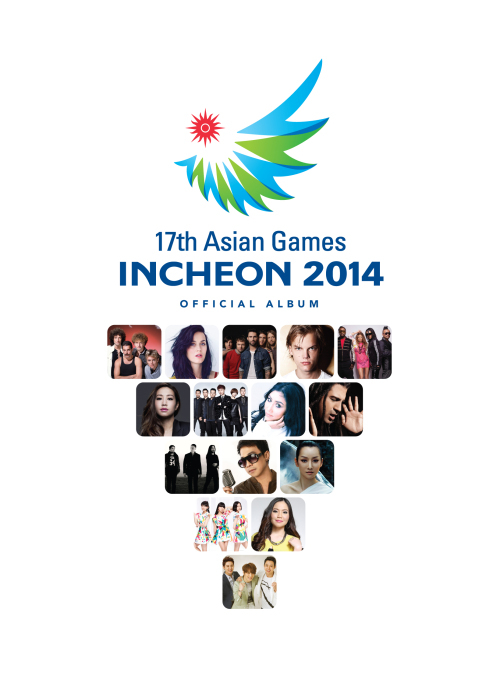 An anniversary album to celebrate the upcoming “2014 Incheon Asian Games” was released on Friday, Universal Music Korea said on Sunday.

The album is the first of its kind to commemorate the global sports event, the Korean leg of the multinational music publisher said. The album aims at bringing the Asian Games’ message “Diversity shines here“ to the world through multiple channels.

The album comes in two volumes and a DVD. The first volume contains songs by world-class popular Western musicians, such as Maroon 5, Lady Gaga, Katy Perry. “We Are The Champions” by rock band Queen is also included.

Besides the two volumes, the album also contains a DVD with bonus movie clips of the Asian Games highlights and the music video of JYJ’s “Only One.”