[Herald Interview] ‘Korea is my birthplace as a soldier’

But those features also remind him of the devastation of the war, bringing back dreadful memories of life-threatening moments on the battlefields, where he struggled for survival with his fellow U.S. and South Korean soldiers.

“This country was raped, ravaged and destroyed. How many buildings do you think I saw with roofs? What you have done is fantastic. It makes me proud because I wanted you to do this,” the veteran told The Korea Herald.

Padilla was in Seoul earlier this month to visit some of the battle sites including “Hill 296” south of Seoul, where he said he was born as a true soldier. He first arrived in the South in August 1950 as a private, less than a year after he enlisted in the U.S. Army.

“Absolutely, this (Korea) is my birthplace as a soldier. This has to be my birthplace,” said Padilla in a voice full of vigor that belied his age of 82. “What did I know when I first arrived here? I did not know anything, and then I saw the devastation (of the war).” 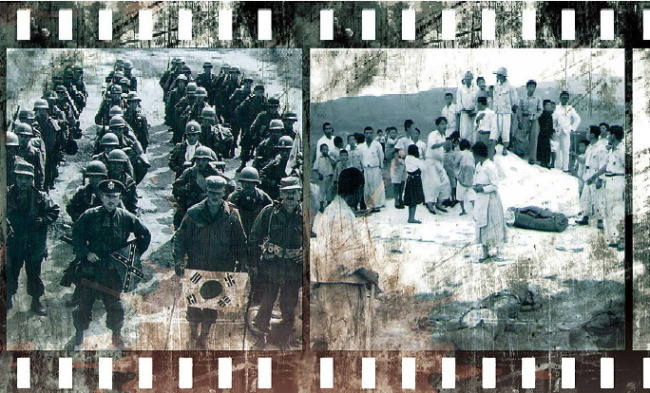 During his participation in the war for nearly 14 months, Padilla joined most of the major campaigns, including the defense of the Busan perimeter, the advance into the North, the defense against the Chinese attack and various other U.N.-led counteroffensive operations.

Belonging to Company L, 3rd Battalion, 21st Regiment, 24th Infantry Division, Padilla got rapidly promoted to corporal, sergeant, then staff sergeant and finally master sergeant during his time in Korea, thanks to his professionalism and positive spirit.

Padilla, then 20, was the youngest master sergeant in the U.S. Army. After returning home, he entered the Army’s Officer Candidate School in 1956 and became a commissioned officer a year later.

As tough as the combat were the horrendous weather conditions, Padilla recalled.

“That Korean winter was 40 degrees below zero, one of the coldest winters Korea ever had in history. During the summer time, it was 120 degrees above. We had to be physically tough. It was all about survival and endurance,” he said. 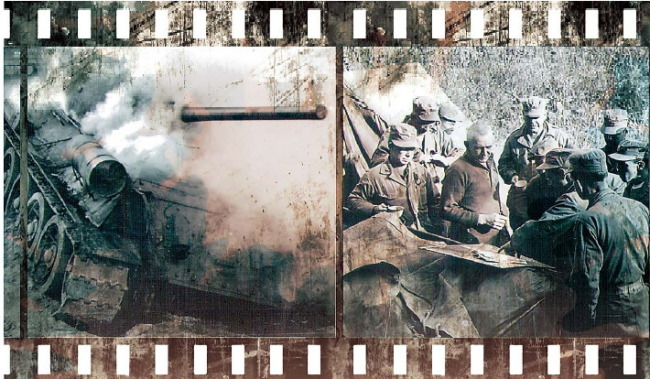 “The hardest thing was (that) you can’t move with all the gear you have to wear just to stay warm and survive. It was heavy and cumbersome, makes it difficult to fight … the amount of gear they wear and the ammunition you have to carry and those hills were very steep.”

What helped him get through those difficult times was the spirit of brotherhood among the soldiers.

“One of the beautiful things about the infantry was … I had one little can (of food). We are brothers so I take my spoon and stick it in there. You put it in your mouth, and you hand it to the next guy and to the next guy. Nobody takes more than the man before him,” he recalled.

South Korean soldiers were part of the brotherhood, although they had difficulty communicating with their American allies. Padilla called them “gimlets,” underscoring their high spirits and will to fight against northern invaders. A gimlet is a tool to bore holes in timber, and Padilla said his use of the term signified the bravery of the platoon consisting of South Korean soldiers.

“Every unit had KATUSAs (Korean Augmentation Troops to the U.S. Army), but we had gimlets. I had much confidence in gimlets, but others didn’t know how to use them. What they were doing was just putting on A-frames and bringing ammunition up,” he said.

“But we didn’t use them as waiters or helpers. We took them as soldiers, trained them as soldiers. We had our own separate unit, called the gimlet platoon. They worked just like we worked.”

Padilla was among the 1,789,000 American troops dispatched during the Korean War. Of them, 36,940 were killed in action.

Although he was among the survivors, he went through numerous life-or-death situations. He suffered injuries in direct confrontations with enemies on three separate occasions. He vividly remembers how fast he had to maneuver to survive when encountering enemy troops.

“I won’t observe them (enemies) very long because I would be lethal as soon as I see them. I am going to kill them. What do you think they would do to me? Always be first,” he said. “I had no feeling. If I had feelings, I would be slow.”

Throughout the war, Padilla found various signs that North Korea was being supported by the Soviet Union. He said that the war was Soviet-influenced.

“There was no question in my mind. I am a weapons expert. I saw (Russian-made) pistols, automatic machine guns. Every one of them was of Russian manufacture,” he said.

“Every time we take an enemy, we look at their weapons and we don’t need any convincing.”

Dismissing some people’s argument that the Korean War was a civil war, he called the war an “encroachment” on South Korea.

“I don’t think so (that it was a civil war) because that would be between two established governments. This was just encroachment and they (Russia) had already done this, proving it in Eastern Europe,” he said.