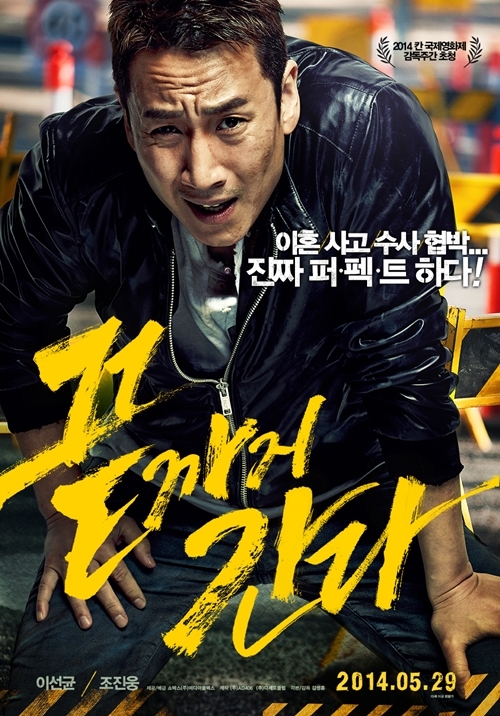 “A Hard Day” has attracted 149,598 viewers Sunday, behind only Hollywood blockbuster “Edge of Tomorrow.”

The Korean film has so far attracted about 1.5 million viewers since its May 29 launch.

Despite the recent launch of two more films starring top Korean actors -- “No Tears for the Dead,” starring Jang Dong-gun, and “High Heels,” starring Cha Seung-won -- the action film has had a firm grip on its No. 2 place at the box office.

“A Hard Day,” directed by Kim Seong-hun, is an action film about a police sergeant, played by Lee, who runs over a passerby on his way to his mother’s funeral.

He tries to cover up the case by hiding the body in his mother’s coffin, but a mysterious phone call that delivers the message “I know what you have done” gets him into whole labyrinth of trouble.