Traditionally, the accessories market has been divided into either high-end or, well, the low ― indicating products that are largely affordable for the masses.

But these days, people are looking for style items that are aesthetically pleasing, yet would not make one’s jaw drop upon seeing the price tag, according to industry watchers.

“Korean consumers have become greedy,” is how Ko In-hee, cofounder and designer of the local shoe brand Helena & Kristie, puts it.

“They want the quality and style of the luxury brands, but while paying less. It is very hard to cater to such picky tastes,” the designer said.

So a new market is fast developing for those who want to stay within a budget.

Korea is actually a bit behind the wave, as many a designer brand including Givenchy, Chloe and Marc Jacobs all operate second brands that were created exclusively to cater to people who don’t want to don cheap ready-to-wear items but are unwilling to pay a fortune for clothes.

Accessory-makers here are now launching and operating lines to keep up with this trend, but striking the right balance is as difficult as it sounds.

“There are more brands that are vying to become a so-called top-tier player,” said Amelia Kim, a merchandise director of the fashion unit of the Cheil Industries. “But finding the appropriate price range is always difficult.”

Despite the challenges, a wide range of accessories brands ― Helena & Kristie, Stuart Weitzman, Heritage of Kumkang, Lanvin, Jill, Tissot and Rado may ring a bell for some ― are building their value based on strategies for bridging the gap between the bargain hunters and the high-end customers.

“(It’s not easy to develop second lines in Korea because) Korean shoppers tend to chase brand names,” Kim said. “They would rather buy a pair of shoes by a well-known brand, instead of three or four pairs of affordable ones made with same materials by new designers.”

“Unlike overseas consumers who may be satisfied with seeing a great-looking outfit on a celebrity, Korean shoppers are highly sensitive to whether the products are worn by popular actresses in dramas or films and want to emulate,” Ko of Helena & Kristie said. “Which celebrity wore what and where often gets more priority than what the consumer actually likes.” 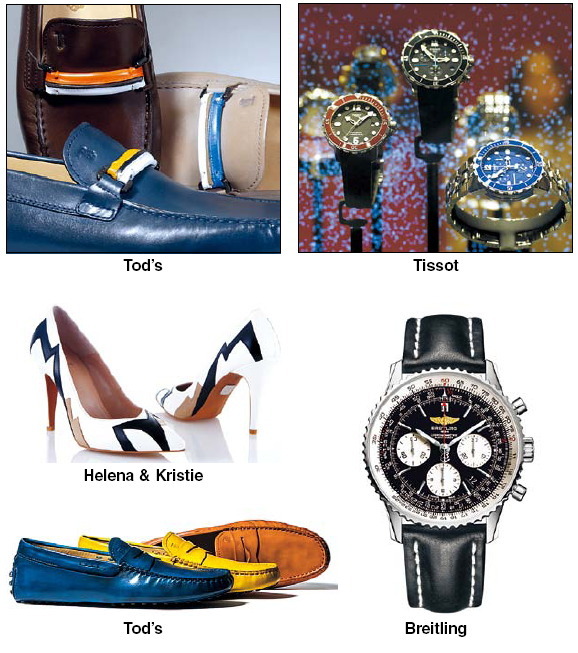 Hence, there has been an emergence of products specifically named after the stars who carried or wore them.

The products have their own proper name or product code, but they ended up being eponymous to the celebrity who had them. This is considered a great honor and feat for the manufacturers who know the goods will sell like hotcakes.

Shoe company Suecomma Bonnie is one firm that became a household name for premium footwear with the help of an actress.

Kong Hyo-jin wore the company’s slip-ons and heels at several press events, and she now is the owner of her own line at Suecomma Bonnie called “Excuse Me By Kong Hyo-jin.”

This all explains why the fashion brands compete so fiercely to sponsor celebrities.

“Accessory brands are now being called upon to satisfy everything, from style and price to celebrity status,” Cheil’s Kim said. “This is creating agony throughout the fashion industry.”