By Korea Herald
Published : May 15, 2014 - 20:16       Updated : May 16, 2014 - 17:27
EXO-M leader Kris has shocked fans throughout the K-pop world as he officially filed a lawsuit against his agency SM Entertainment, the country’s biggest K-pop talent enterprise, demanding that his exclusive contract be nullified.

The suit was filed with the Seoul Central District court on Thursday, and although representatives at SM Entertainment have not yet released any official statements, it appears it came as quite a shock. A spokesperson told Yonhap News that they were “perplexed by the incident.” The SM official, however, went on to state that the agency will do its best to ensure that the matter does not conflict with any of EXO’s upcoming activities. A spokesperson also told other media outlets that they are still in the midst of “confirming its truth.” 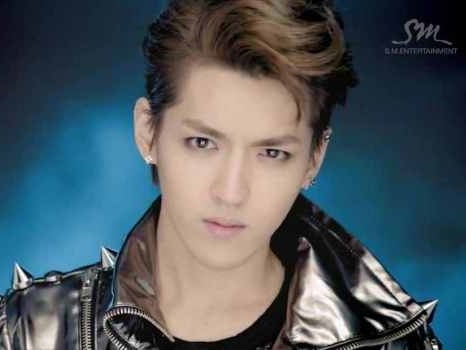 Kris, whose real name is Wu Yi Fan, was born in Guangzhou, China before he later immigrated to Canada when he was 10 years old. He auditioned for SM Entertainment during one of its global talent searches in 2007 and officially debuted in April 2012 as the leader of the EXO’s Mandarin subunit.

Many of EXO-M’s Chinese fans seem to be in disbelief, publishing comments online such as “I will not believe any of this until I hear him say it himself.” The K-pop idol has not yet made any public statements regarding his decision.

Despite the surprising news of the lawsuit, this is certainly not the first time an SM talent has filed a suit against the K-pop agency. In the past, former TVXQ members Jaejoong, Yoochun and Junsu were entangled in a three-year battle with SM before their contracts were eventually nullified by the courts in 2012. Hankyung, one of the Chinese members of Super Junior, also filed a lawsuit in 2009 claiming his contract was unjust.

Regardless of the lawsuit, EXO is still on schedule to perform the group’s first solo concert next week from May 23-25 at Seoul Olympic Park’s Gymnastics Stadium.

It was announced earlier that internationally recognized dance choreographer Tony Testa will be joining the K-pop heavyweights on stage during the group’s concert. In the past, Testa has worked alongside popular artists such as Britney Spears, Janet Jackson and Kylie Minogue, however, he has also stamped his mark in the K-pop scene with his work with SM artists. Testa is the man behind the choreography for TVXQ’s “Catch Me” and “Something;” SHINee’s “Dream Girl” and “Everybody;” and EXO’s recently released single “Overdose” and past hit “Wolf.”

“In EXO’s first ever solo concert since its debut two years ago, we hope that we can live up to this anticipation with great music and stage performance,” said a SM official in a press release.