Local tabloids on Wednesday were filled with reports about the rising actor Jin Yi-han’s past comment about his “sexy collarbones.”

The comment originally came as a response to a question about his sexy six packs, one of the early sources of his popularity.

The blushing actor then jovially replied, “They (my six pack) are gone now … My collarbones are sexier than my six pack.”

“It is too bad the armor keeps them hidden,” he added.

His role in the historical show even earned him the nickname “Talgolas,” a combination of “Tal Tal” and “Legolas,” the name of the elf soldier played by Orlando Bloom in “The Lord of the Rings” (2001). 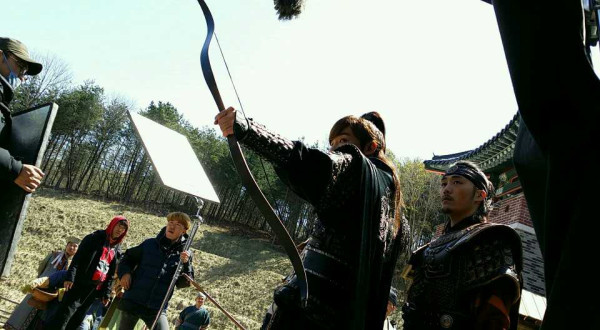