As the death toll continued to rise eight days after the Sewol sank off the southwestern coast near Jindo Island, many Koreans showed their support for the families who are still waiting for the safe return of their loved ones.

Facebook, Twitter and other social media users rushed to change their profile photos to the image of a ribbon. 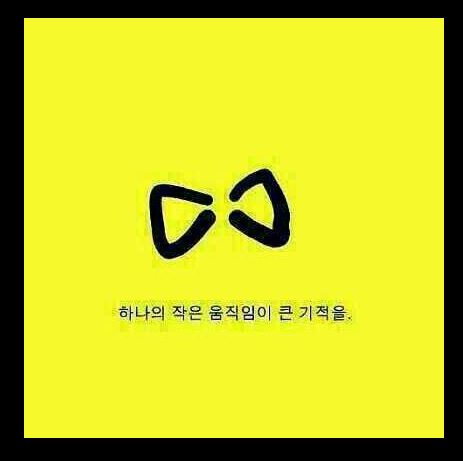 The image features a simple drawing of a black bow against a yellow background with the message “One small movement, big miracles” written in Korean underneath.

The online movement gained momentum after celebrities such as Jo Kwon, a member of the K-pop boy group 2AM, and model Hye Park joined the campaign by posting the yellow ribbon image on Twitter.

The local student club ALT started the online movement Saturday to support the families of the missing and offer a hopeful message to the Korean public that the missing passengers could still be found alive.
At one time, a posting circulated on social media sites claiming that spreading the yellow ribbon image could result in a fine of 5 million won ($4,800) for copyright violation.

But the student club said it was a false claim and the image was safe for anyone to use, as it was created by one of the club members.

The yellow ribbon campaign in Korea was inspired by the U.S. movement to tie yellow ribbons around trees to show support for the safe return of troops who were deployed in Afghanistan in 2001 and Iraq in 2003.

In addition to the online campaign, the student club said it would gather about 50 people to hand out yellow ribbons at various places on Sunday, including Seoul City Hall and Sinchon Station.