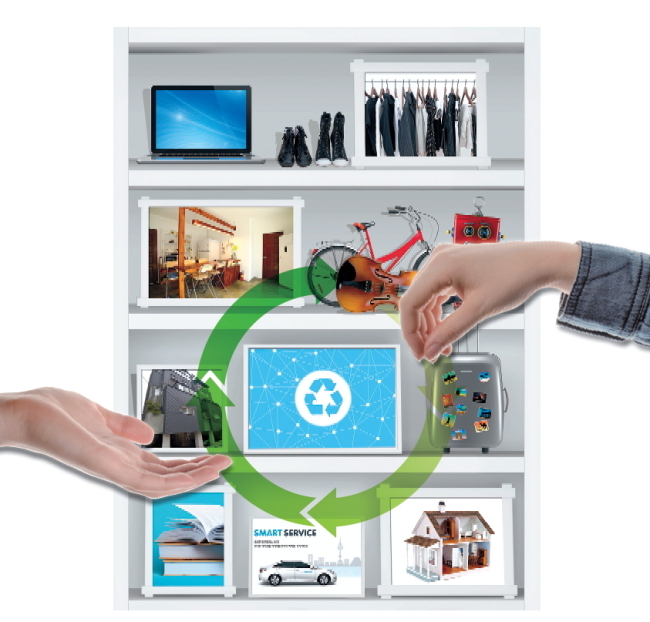 In the wake of the financial crisis in 1997, a frugality campaign swept the country under the motto of “anabana,” or “save, share, swap and reuse goods.” The movement spread through flea markets, charities and local communities, helping reduce the pains of the economic meltdown and change the mindset and behavior of consumers.

About fifteen years later, the grassroot movement is being revived magnificently. A myriad of enterprises and organizations are jumping on the “sharing economy” bandwagon, enabling people to share anything ― cars, accommodation, appliances, offices, knowledge and time.

The Internet is making goods and services more accessible, cutting transaction costs and allowing users to vet the reliability of providers.

A growing consciousness of the environment, resources and community spirit has added to the relevancy of sharing as a lifestyle trend, consumption movement and business model.

“The sharing economy comprises all forms of historically grown or new emerging practices of collaborative consumption and/or production enabled through the interaction of virtual and/or real-world peer communities, facilitated by companies, civic organizations, networks or public authorities,” said Harald Heinrichs, a sociology professor at Leuphana University Luneburg in Germany.

Under the mantra “access trumps ownership,” the peer-to-peer rental model was pioneered by U.S. companies like RelayRides and ZipCar, which broker car sharing, and Airbnb, which lets people rent out their homes.

“This includes market-based and non-market based forms, offline and online modes of exchange, such as sharing, lending, renting, leasing, gifting, using without owning, re-use, upcycling or bartering of goods and services,” said Heinrichs, a leading sharing economy theorist.

With the power of online platforms, sharing businesses are tapping into an increasingly wider range of items and sectors, moving from a niche phenomenon to part of the commercial mainstream.

The Open Closet, a nonprofit organization in Seoul, allows young people to rent suits, ties and shoes for when they occasionally need to dress up. Nearly 1,000 suits donated by individuals and companies are available for less than 30,000 won for a five-day rental.

SaveCar offers a cheap and convenient car-sharing service by allowing users to easily access vehicles parked along the street and pay later. A consumer doesn’t need to visit a rental office and can return the car even after less than an hour.

In late 2012 Seoul Metropolitan Government launched a sharing economy initiative as part of efforts to increase economic opportunities for youth, promote a more efficient and sustainable use of resources and foster broader and deeper connections among citizens.

“A shareable city could be a city in which car sharing were the norm, thereby reducing traffic and pollution while freeing up space and disposable income for every member of the community,” the Switzerland-based World Economic Forum said in a recent report.

The operators of the sharing economy firms say the new paradigm can make life easier and maybe more fun for a growing number of users.

“We don’t want our tenants to think shared housing is just for cheap housing costs. We want to make people think living in a shared home is cool and fun,” said Kim Jeong-heon, CEO of the shared housing business Woozoo.