Why so many churches in Korea?

Protestant churches stagnate, but passion for evangelism carries on 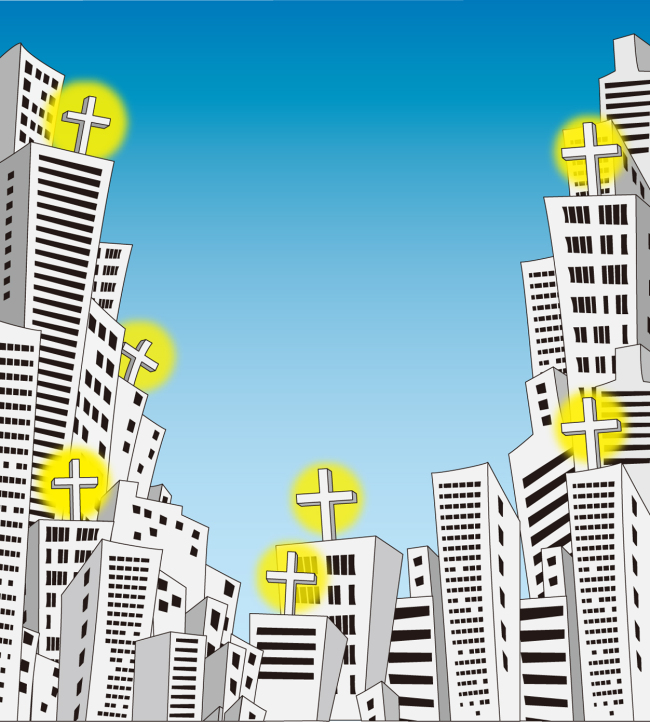 Aaron Tan, a renowned architect based in Hong Kong, once described Seoul as “A city full of glowing church crosses.”

And that seems to be an impression shared by many foreign visitors to Korea, as crosses atop high-rise church steeples, illuminated white or red at night, dot the skyline of Seoul.

Has Korea been transformed into a Christian nation after hundreds of years of cultural domination by Confucianism and Buddhism?

Professor Chung Byung-joon of Seoul Jangshin University in Gwangju, Gyeonggi Province, says that to understand the current state of the Protestant Church in Korea, one must consider the country’s era of spectacular growth, when Koreans turned to Christianity en masse ― and the slowdown that followed.

It is as if Korean Protestantism remains locked in the high-growth era, which has long passed, still churning out too many pastors and churches, he said.

“The consequence is,” he pointed out, “too many ‘small’ churches that are not financially self-sustainable.”

Official government statistics put the number of Protestant churches at 77,000 as of 2012, more than three times the number of convenience stores in the country. This translates to a 1-to-660 ratio of churches to Koreans.

Protestantism, which was introduced to Korea only 130 years ago, has become the second-most popular religion in Korea after Buddhism. Some 18 percent of Koreans are Protestant.

“Churches offered lonely urban dwellers a sense of belonging, peace and a place for community activities as Korea underwent a rapid industrialization and urbanization,” Chung said. “Numerous churches were planted during this explosive growth period, which is from the 1960s to 1995.”

Kang Suk-hoon, a pastor and spokesperson of the National Council of Churches in Korea, said the nature of ethnic Koreans played a role in the growth.

“Both pastors and believers are very passionate and enthusiastic,” he said. “They were so hot on evangelism.”

Chung agreed. He added that it is because of this passion and devotion that small churches struggle on and continue to exist.

“Pastors of small churches struggle with financial difficulties, but they don’t give up. Many consider it an ordeal they ought to endure,” he said.

Over the years, church crosses, hoisted high and glowing throughout the night to signal that they are open to anyone anytime, have become a nuisance for some.

In 2012, a group of pastors in Anyang, Gyeonggi Province, started turning off neon crosses on the roofs of their churches at night after receiving negative public attention regarding energy consumption and light pollution.

Korean churches, though struggling at home to revive their past vitality, are now turning their eyes overseas.

“If ‘personal evangelism’ and ‘church planting’ were the key words in Korean Protestantism in the past, the latest trend is missionary work,” said Chung.

This small country of 50 million people produces the world’s second-largest number of Christian missionaries, surpassed only by the United States.