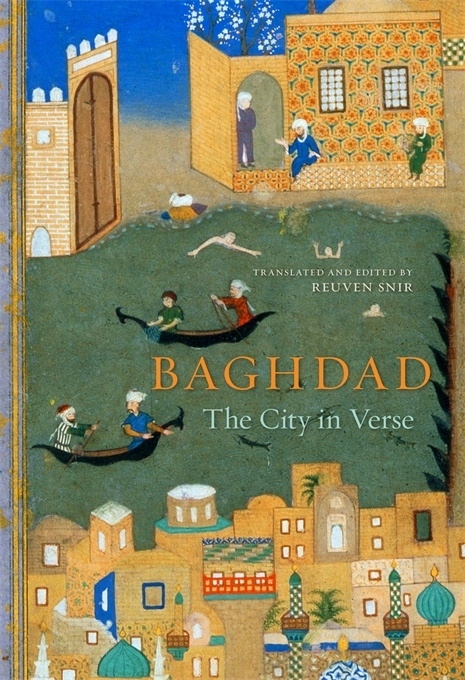 Baghdad is a city that looms large in the American imagination. In 2003, at the start of the last Iraq war, it was occupied by U.S. troops. In the years that followed, thousands of U.S. citizens (soldiers, contractors, officials and journalists) passed through Baghdad.

My own memories of the city are of its heat and light and the brokenness of its buildings and the kindness of its people. I lived there in 2003, briefly, as a reporter. The ongoing war and the constant fear of being swept up in the conflict that was destroying the city kept us Americans from exploring in it. The legendary Baghdad, that center and crossroads of Mesopotamian cultures, the city of “One Thousand and One Nights,” remained unknown to us.

The poems in “Baghdad: The City in Verse,” an ambitious and enlightening anthology of poetry written in and about that city, date from the first decades after its founding in the 8th century, up to the war that drove Saddam Hussein from power. They capture the vast sweep of the city’s history, its enchantments and its seemingly ever-present tragedy.

“Time has increased evil and harness ― / it made us settle in Baghdad,” the poet Muti’ ibn Iyas wrote in the 8th century, in words that resonate 1,200 years later. “A town raining dust on the people/ as the sky pouring drizzle.”

In its first centuries, Baghdad was a vibrant and growing cultural center. “We fell in love with Iraq when we were young,” wrote Abu al-‘Ala’ al-Ma‘arri, circa 1000. “We approached the water of the Tigris, unparalleled;/ we visited the noblest trees, the date palms./ We quenched our thirst, without ever gratifying our desire;/ what a pity, nothing in this world will survive.”

Those words proved prophetic: In 1258, Baghdad was besieged and largely destroyed by Mongol armies, who also massacred thousands of the city’s inhabitants and destroyed its libraries.

“Oh seekers of news about Baghdad, the tears will tell you...” the poet Taqi al-Din ibn Abi al-Yusr wrote afterward. “No benefit from remaining here, the beloved has departed ... all has been burned to ashes.” But Baghdad endured.

Founded by a caliph to be the capital of the Islamic empire, later occupied by the Ottoman and British empires, Baghdad from its founding thrived as a place of cultural encounters. It had a large Jewish population until 1951, and “Baghdad: The City in Verse” is edited by Reuven Snir, an Israeli-born son of the Iraqi-Jewish diaspora.

Snir’s father grew up in Baghdad and was an ardent lover of the city and of Arabic poetry. “My parents used to speak the Baghdadi dialect of Judaeo-Arabic at home, even though my brothers, my sister and I always responded in Hebrew,” Snir writes in an introduction. He is now a professor of Arabic literature at the University of Haifa.

Among the many exiles whose work Snir collects in “Baghdad: The City in Verse” is the Iraqi Jewish poet Anwar Sha’ul. “My heart beats with love of the Arabs/ my mouth proudly speaks their tongue,” Sha‘ul writes. “Do they and I not share a common source?”

The work of exiles and of poets writing of occupiers, imperialism and dictators dominates the second half of “Baghdad: The City in Verse.” There is Ma’ruf al-Rusafi, who in a 1929 poem wrote: “In this regime, the significant secret ― / orders come from London... In outward appearance, we/rule everything./ But in essence we/do nothing.”

Many prominent, contemporary Arab-language writers have work in this anthology, including the Syrian poet Adonis, and Sinan Antoon. From exile in New York, Antoon writes a poem dedicated to a Baghdad street famous for its book market ― and where a suicide bombing killed 26 people in 2007.

“Your name is a green tattoo/ On Baghdad’s tired face,” he writes in “A Letter to al-Mutanabbi (Street).” “Your street a forehead/ On a head cut every morning./ This is another chapter/ In the saga of blood and ink/ You knew so well.”

Of course, not even a bombing of the city’s book district could silence Baghdad’s poets. Snir’s anthology ends with a manifesto by Abdul Kader El Janabi, who declares that in every Baghdad poem one finds “the solemnity of a city standing for centuries against history’s barbarians.” (MCT)