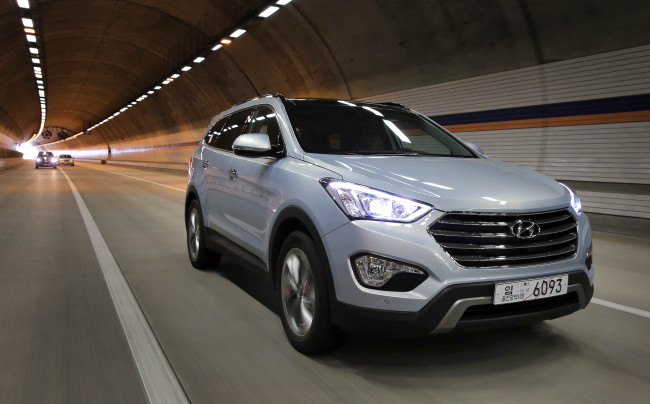 Simply put, Hyundai’s Maxcruz is a practical and well-performing diesel engine that promises to be a truly versatile SUV.

That sounds much like an ad, but the Maxcruz deserves the praise, particularly for its exceptionally easy driving experience that combines smooth cornering with an adequately powerful engine.

For me, the most surprising aspect was that despite its length ― the Maxcruz looks like a stretch-limo version of the Santa Fe and is about 20 cm longer ― the car was so easy to maneuver.

Turning corners was smoother than in even more compact cars. After a while, it didn’t even feel like I was driving an SUV, with only the low hum of the engine reminding me I was in a diesel.

But the Maxcruz was less about power and speed than it was about comfort and details, which Hyundai seemed to have taken pains to perfect.

The Maxcruz was launched in March as an upgrade for the Santa Fe, with the target market being the U.S. and Canada, where Hyundai sees more demand for bigger SUVs. In Korea, it replaces the Veracruz, Hyundai’s so-called luxury SUV.

As the standard 19-inch wheels indicate, the Maxcruz is a mammoth of a car. From the front bumper to the back, it’s almost 5 meters long. The wheelbase (the distance between the center of the front and wheels) is accordingly long at 2.8 meters.

This makes for comfortable leg room, with even the last third row easily accessible.

The second row, with individual armrests for the six-seater, well delivered the “executive ride,” and my husband suggested that it was in some ways better than the Equus because of the wider view.

Both the first and second rows offer seat heating, and the driver’s seat has 12 available adjustments for the most comfortable chauffeur experience.

I didn’t have a chance to fill up the trunk, but boot space is said to be the roomiest among SUVs here when the third row is folded up.

The official fuel efficiency is at 11.9 kilometers per liter, which is not bad, though not great for a diesel. I got around 10 on the streets of Seoul.

Anyone who felt the Santa Fe wasn’t getting the job done would find satisfaction in the Maxcruz. Prices are between 35 million won and 42 million won, about 10 million won higher than the tag on the Santa Fe.