By Korea Herald
Published : Oct 14, 2013 - 19:38       Updated : Oct 15, 2013 - 11:40
Public figures never have truly private lives. When that figure is a politician or other public servant, intense public scrutiny is typically defended as being in service of the public’s right to know. When allegations emerged last month that Prosecutor General Chae Dong-wook had fathered a son through an extramarital affair, the resulting media furor was accordingly intense. After repeated denials of any wrongdoing, Chae eventually offered his resignation to President Park Geun-hye and had it accepted before the end of the month.

It is an age-old tale the world over: A powerful man is felled by accusations regarding his sexual propriety. But in Korean society, more so than other countries, there is little recognition of private life for those in the public eye, according to Asan Institute for Policy Studies president Hahm Chai-bong.

“There is very little sense of the separation between the public official in his or her public capacity, and that being separate from his or her private life. I know that that is an important distinction in the West or in other countries but still in the Korean context, that is a very difficult distinction to make,” said Hahm.

“So public officials are expected to be moral exemplars as well, and that’s because of the deep, ingrained sense that the public is by definition, and thoroughly, a moral, an ethical space.”

Traditionally, Korean society believed that a leader should be the moral superior of his peers. According to the Confucian tenants of the Joseon era, only a virtuous ruler could enrich the lives of the people through the beneficence of his moral character. This legacy lives on today in contemporary Korean attitudes toward the private indiscretions of those in power, according to Hahm, who is also the co-author of “Confucianism for the Modern World.”

“The reason that you become a high official is that you are worthy of a public position which by definition means that you know morality and ethics and you have pledged to uphold that and defend that realm,” said Hahm.

“So when you fall short of that and somehow show that in public you use or abuse or confuse your public stature for what is, not even private, but immoral or unethical conduct ― that’s just immediately cause for criticism and rebuke and loss of face and office.”

Yet, even as towering a figure of Korean history as former President Park Chung-hee was noted as a prolific womanizer. The list of public figures implicated in extramarital trysts but lionized worldwide includes Thomas Jefferson and Martin Luther King Jr., among countless others. Unsurprisingly, then, the idea that personal morality reflects suitability for public service is far from universally accepted. In opinion polls of former U.S. President Bill Clinton’s job performance taken in the wake of the Monica Lewinsky scandal, the American public at once expressed approval of Clinton as president and strong disapproval of his moral character. In continental Europe, often painted as less puritanical than the U.S. in its attitudes to the private lives of its public figures, leaders in countries such as France and Italy have flaunted their infidelities with seemingly little consequence for their careers.

The Bureau of Civil Service Discipline and Investigation of the Prime Minister’s Office declined to comment when contacted for information on the personal ethics expected of public servants. An official at the Anti-Corruption and Civil Rights Commission, meanwhile, said that, as corruption was a “term involving illegitimate gains or financial damage to a public organization,” it had no role in overseeing the personal ethics of officials.

But there are voices in Korea, too, who question the intense public and media interest in the personal morality of those in power. Kim Sung-soo, executive director of anti-corruption watchdog Transparency International Korea, is among those who believe such scandals are a distraction from much more serious abuses of power.

“Bill Clinton, JFK, Mitterrand, Eisenhower also had affairs, but all of them kept their positions successfully. We are not looking for a saint to govern the country,” said Kim. “At the end of the day, corruption, the intervention of public officials in the presidential election and tax evasion are much more serious crimes and problems than the love stories of officials.”

Kim added that he did not believe disciplinary and oversight mechanisms such as the Bureau of Civil Service Discipline and Investigation were always consistent in their functions.

“If any official, even private citizen, does not follow the orders of the government, like a robot without question, the oversight systems are over-exercised. The focus of the oversight system should be to pay more attention in the area of abusing public power for private gain.”

Others say that Chae’s and similar alleged indiscretions do matter ― in particular if they reveal an official to be dishonest. Rep. Park In-sook of the ruling Saenuri Party said honesty should be the crucial guiding principle in how a public official balances their public and private lives.

“I am not so mad at his (alleged) extramarital affair. Many people, I guess, are doing it, I don’t know. It is their personal or private life. The point is (that) he is conscientious and honest,” said Park.

“... I think the public has to know the personal life of this very important position, or president or prime minister or minister, that kind of a position. But I think there should be a line. I don’t know how high the position has to be (for) that person to be really clean and honest but I think honesty was the whole point of this (Chae) matter.”

Park said “common sense” and “conscientiousness” should be decisive factors in determining what is and is not in the public interest, even if it is impossible to draw a clear line. Regardless, she said the intense scrutiny faced by public officials meant people with something to hide simply should not enter public service in the first place.

“In reality, we are living in a zoo, like with open glass windows, so it just comes out, whether we like it or not. Particularly with the Internet and all kinds of electronic things, we are being exposed to the public every minute and every second. We have no control. So that means, whether we agree or not, we have to be clean and try to be a role model for the voters,” she said. “If there is something you really want to hide, that person has to resign and shouldn’t take a position as a prime minister or minister or chief prosecutor or whatever.”

But if moral expectations are high, so too is the public regard for those who are perceived to meet the bar, according to Hahm.

“There is this incredible desire among the public to find somebody that actually every once and a while upholds that moral standard,” he said, pointing to last year’s Ahn Cheol-soo phenomenon as fitting this trend. “So if we hear of certain acts of selflessness in whatever field, then Koreans really sort of veer toward that person and try to idolize that person, and somebody can become an instant hero.”

On other hand, the case of the chief prosecutor showed that even unproven allegations could taint a public figure irreparably. But Hahm said that it was unclear how long such an “impossible standard” of morality could survive, noting that the West too had once made little distinction between the public and private spheres until the rise of liberal individualism from the late 17th century on ― a progression that developed much less fully in Korea.

"It works to a certain extent. I don’t know how much longer it can go on, especially with the rapid development of the private in Korean life as well.”

Because public figures have power (they say something and everyone knows about it), they have responsibility. Whether they like it or not, they are an example to people, so how they behave affects people. Their actions will reveal which side of an issue they stand on and override whatever they say they believe. When their actions disagree with their words, they are revealed to have one standard for themselves, and another standard for other people. Do you want such a person to have power over people?

He is responsible for what he does in his private life, but people do not have the authority to demand he reveal it, even if he is a public figure. (Do people want to hold him to a standard they do not want for themselves?) However, sometimes facets of a person’s private life are revealed, in which case, what it tells the people about what kind of person he is should be considered. If he is wise, he will have held himself to the same standard that he holds other people to. This is the kind of person I want to have in power, because then I can trust that what he says is true. Being honest is an absolute requirement for someone I voted for to represent me.

No, I do not think private life matters in public service.

It’s even in the words, “private” and “public.” As long as what they do at home does not affect their work, and vice versa, it should not matter. I would not care if a politician has an affair with his mistress or whatever. Who am I to care about who he is? As long as he does his job efficiently and in the best interest of the public, I am fine.

It is important that public officials pay their taxes and don’t break the law. But there’s too much coverage of public officials as celebrities, and their personal lives, rather than coverage of issues and what public officials have done in office and intend to do in the future. Elected officials love being treated like celebrities, by the media and the public, but they should be reminded that they work for us. Coverage should be more issue-oriented. Tax policies, budgets and foreign policies may seem like boring issues but they matter more than how many affairs someone has had or what designer the president is wearing today. The intense coverage of personal lives also serves to drive some well-qualified people away from serving in public positions because they just don’t want to go through the hassles of dealing with the media circus.

There is no line. If you decide to run for public office you lose your privacy, and likely your past will be looked at too, and this is as it should be. Who wants national leaders who cannot run their own lives with integrity? 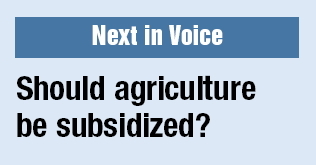