World’s No. 3 smartphone maker to begin producing prototypes from China in September

Based on the prototypes, the company will aim to sell up to a monthly 100,000 units, they said. The current capacity has been set at around 200,000, indicating LG may increase shipments depending on demand.

``It is too early to reveal new tablet plans,'' Na Young-pil from LG Electronics said. However, rumors of LG releasing a new tablet at the upcoming IFA, one of the world’s largest trade shows for consumer electronics, early next month had been rife following reports that the company had recently issued several patents including one for “G Pad.” 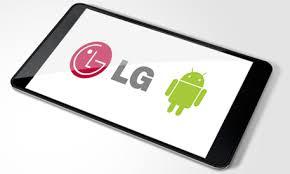 The new G Pad will reportedly come with an 8.3-inch display with full HD 1920-by-1200 resolution, courtesy of LG Display. It also is to feature 2GB of RAM and a quad-core Snapdragon 800 processor.

LG had previously launched the Optimus Pad, which was far from successful as it faced formidable competition from Apple’s iPad and Samsung’s Galaxy Tab 8.0.

Whether the G Pad will be a strong player remains to be seen, especially as speculation has it that Samsung will be releasing a new 12-inch tablet as early as October this year. If true, Samsung’s new slate will be the largest yet in the tablet market.

For LG, the G Pad is the culmination of its so-called “G Project,” through which the tech company hopes to regain its fame and reputation as one of the strongest electronics makers in the world.

With this goal in mind, the Korean electronics company has also taken out patents for names such as “G Watch” and “G Glass,” indicating it may also be releasing a smart watch that resembles Samsung’s Galaxy Gear, which is to be revealed at this year’s IFA, along with Galaxy Note 3.

Cupertino-based Apple currently leads the tablet market with a 32.4 percent market share. The company shipped 14.6 million iPads in the second quarter of this year, according to research firm International Data Corporation. Samsung shipped 8.1 million Galaxy Tabs in the same period to take second place, followed by Asus, and Lenovo, which sold 2 million and 1.5 million respectively.