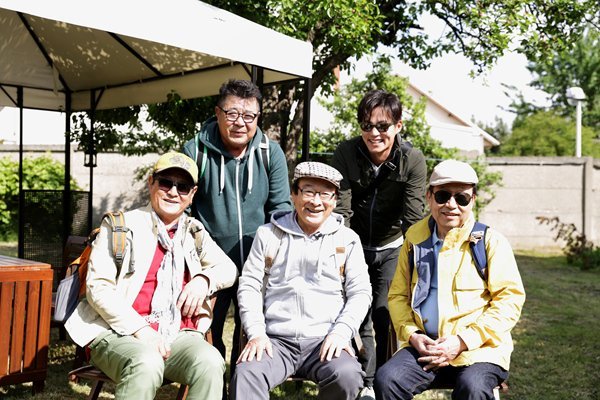 The program has reaped high viewership from all generations since its first episode aired on July 5.

The show depicts four grandpas -- Lee Soon-jae, Park Geon-hyeong, Shin Gu, Baek Il-seop, all with extensive acting experience in film and TV -- as they travel with Lee Seo-jin, the youngest man on the show. The junior helps with guiding, translating, carrying luggage and much more.

The show’s producer Na Young-seok, known for his iconic program “2 days & 1 night” said “the cast members’ unpredictability” was what made the cable program successful.

While the production team on his previous shows could roughly estimate the plot and main theme of each episode, “Flower H4” was all about spontaneity, and that is even hard for the producer to predict.

“These days, the viewers are the experts. If we (the crew members) can expect what’s going to happen next, the viewers will for sure not find the show interesting,” said Na.

The episode in which Baek threw out part of his luggage because it was too heavy is one of the representative examples, inciting laughter not only from the viewers but also from the production team at the scene. His personality in the show, which contrasts with the solemn and serious image he built in dramas and films in the past, also added to the twist.

“The intimacy formed toward the seniors when the audience noticed that someone their fathers’ or grandfathers’ age does not differ that much from themselves” is another factor attracting the viewers, according to Na.