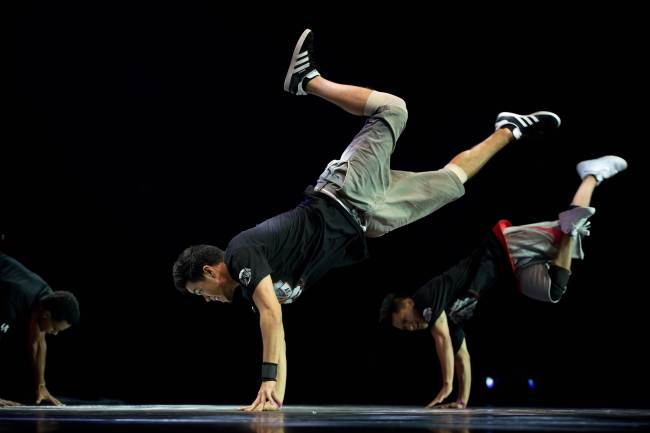 The distinctive, dynamic style of break dancing was first introduced by young street dancers in New York City in the early 1970s. About a decade later, b-boying made its way to Korea and over the last decade, the b-boy craze in Korea has taken flight, soaring in popularity among the young.

Around 200 high-flying, head-spinning b-boys from all around the world gathered together with their crews to lay it all on the line at this year’s annual R-16 World B-Boy Masters Championship held in Seoul over the weekend. The main event featured 16 dance crews representing their respective countries and competing in an all-out two-day tournament in the hope of claiming the title of world champion.

“I am honored to be selected as the PR Ambassador of the annual R16 championships for the third year in a row,” said Jay Park, a Seattle-born Korean American K-pop rapper and A.O.M (Art of Movement) b-boy crew member.

“Every year the event seems to be growing. ... I am so happy that hip-hop is getting this kind of attention.” 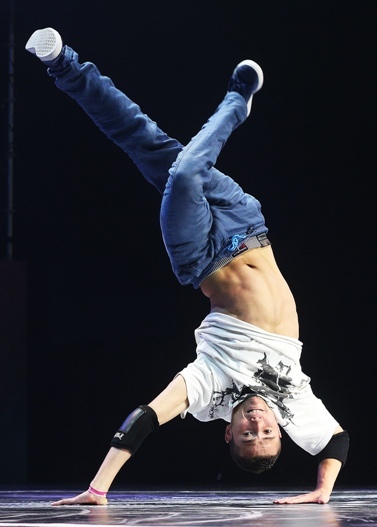 After the first event in 2007, the government-sponsored R-16 (which stands for Respect-16) was launched as a means of answering a question: With the support of the government and nation, can grassroots, youth-based culture like hip-hop and b-boying become profitable, self-sustaining industries?

“Over the years, R16’s brand recognition and brand loyalty has grown throughout the world,” said Min Min-hong of the Korea Tourism Organization. “We have seen the blending of diverse genres connected to b-boying and R16 has developed into a very cool event, and for this, I am very proud.”

The battle showcases were held over the weekend at the Seoul Olympic Park’s Olympic Hall and featured an international showdown of some of break dancing’s sickest moves, with some crews seeming to defy gravity with their acrobatics stunts.