[Voice] How can Korea be made cycle friendly?

By Korea Herald
Published : May 20, 2013 - 21:00       Updated : May 20, 2013 - 21:01
From the right vantage point, it might be tempting to imagine there is a national love affair with the bicycle. Lycra-clad cyclists descend on the Hangang River in droves on any given weekend, while more adventurous riders pedal hundreds of kilometers on cross-country bike trails.

Seven in 10 Koreans own a bicycle and more half of the population cycled at least once a month last year, according to the Ministry of Security and Public Administration.

But despite the obvious popularity of the bicycle for leisure, the public has yet to take up cycling as a means of transport with similar gusto. In contrast to the cyclists’ paradise of the Netherlands, where up to 43 percent of trips are by bike, or nearby Japan, where the proportion is 25 percent, cycling accounts for just 2.5 percent of transportation in Korea, according to figures from 2006 from the Korea Transport Institute. According to the same institute, close to 50 percent of Koreans give leisure as the primary purpose of their cycling.

The treacherous nature of many of the country’s roads is one likely explanation for why commuting by bike has yet to take off. Even on designated paths, cyclists must often compete with other traffic ― in 2009, just 12.5 percent of the country’s cycle routes were separated from vehicles and pedestrians. And while the overall number of traffic deaths has seen a big decline since the turn of the century, the number of cyclist fatalities actually rose between 2003 and 2009, from 253 to 333. By contrast, in the more populated U.K., just 122 cyclists lost their lives in 2012, the most lethal year in half a decade.

Nikola Medimorec, who co-runs Kojects, a website that follows the development of transport projects around the nation, said that improving the safety of cyclists was crucial to getting more people on their bikes.

“To promote cycling to work, the first thing that has to be done is to ensure the safety of bikers. Bike paths have to be on street-level but separated from the lanes for cars and a physical barrier should protect both transport methods from each other,” said Medimorec, who is originally from Croatia but now attends graduate school at Seoul National University.

“That would on the one side increase congestion as there are less car lanes but on the other side it makes cycling to work more attractive because you would be faster by bike than by private vehicle.”

Despite the grim picture when looking at safety nationally, however, it would appear that progress has been made in the capital. In contrast to the national figures from several years prior, Seoul saw a more than 55 percent decrease in cyclist fatalities between 2009 and 2011, from 45 to 19.

But even if safety would seem to be improving in at least some areas, access to a bicycle itself, especially for casual riders, may be another barrier. Medimorec suggested the implementation of an extensive public bicycle scheme for the Seoul metropolitan area.

“A lot of people, who work in Seoul, live in the cities around it and they have a long commute every day,” he said. “It would be great if there was a city-wide bike sharing network in Seoul. So a commuter gets off his bus or subway and uses a public bike for the last mile to his company. In the best case, the commuter gets a discount for the bike or even rides it for free.”

The previous Lee Myung-bak government invested heavily in the promotion of cycling, viewing it as a way of reducing traffic congestion and environmental pollution in line with its “Green New Deal.” The initiative included the allocation of 1.25 trillion won for the construction of a cross-country network of bike paths, including almost 1,800 km of now-completed trails along the country’s four main rivers, focused primarily on leisure riding rather than daily commuting. This prioritization of pleasure riding over transportation is the major failing of recent government efforts to increasing cycling’s popularity, according to Shin Hee-cheol, a research fellow at The Korea Transport Institute.

“Though it is a positive direction, one problem we want to point out is that it (policy) has focused on riverside routes. That means, utility bikeways have been less focused, though I say local governments have tried a lot. So, bicycle usage for leisure purposes is going to increase a lot as you can see, but transport usage is limited now,” said Shin.

Not all long-distance cycling enthusiasts have been impressed with the routes either. Originally from the Netherlands, Jan Boonstra has cycled more than 200,000 km in Korea over the last 20 years. He said the four-rivers paths missed out on the biggest charms that Korea had to offer cyclists, and that it was instead the small back roads that offer the most enjoyment to the avid rider.

“The most important pro is it is easy cycling, it is flat and it is safe also because it is separated from traffic ― that is the most important advantage of it. But the con is that it is very boring,” said Boonstra, who first came to Korea in 1993 as a tourist and began working here as a civil engineer shortly after.

“The trails don’t pass through villages and so on. What I like most about Korea with respect to cycling is the countryside. Also I don’t mind some hills, it is beautiful scenery, villages, agriculture and everything to see along the road. But along the ‘sa gang’ trails you only see the river.”

While agreeing that more could be done to improve safety, Boonstra said that about 80 percent of the country was excellent for cycling, with small back roads holding the most attraction for the avid rider. But, he said, the potential of Korea’s cycling opportunities as a tourism attraction had yet to be properly recognized.

“Korea has a very great potential for cycling holidays but it is not well known,” he said. “China and other South East Asian countries are very popular and there are many organizations who do tours there. But in Korea it is hardly done. I think it is also because people don’t know, but I think this country has a great potential for bicycle tourism.”

For some, this gets to the heart of the issue: when it comes to getting people on their bikes, perception is all. While acknowledging that Korea’s climate and topography were not the most ideal, Shin said that not all of the obstacles to a vibrant cycling culture could be solved through improved infrastructure alone. Attitudes had to change as well.

“... I believe more the critical problem is culture. A lot of people still think bicycles are a transportation tool for poor people,” he said.

“… I cannot say we should stop the budget for infrastructure, but soft policy such as education is more urgent. (The) ultimate goal is to change culture.”

People often misperceive marriage as a personal or private institution. It is not (cohabitation is). It is a social institution that is designed to form fundamental units of society. Criminalizing extra-marital affairs is an essential part in sustaining the validity of marriage and thus preserving Korea’s monogamous society.

Breaking the social contract set by legal marriage is therefore a crime and violence against both the betrayed spouse and society. When it comes to business, a party to the contract with another will naturally face punishment if he or she breaks the agreement without valid reasons. The same logic applies to adulterers, since conjugal commitment is protected by law in marriage, which they must have fully understood before entering it.

It is true that the implications of sexual intercourse are not as heavy as they used to be, but the change in attitude toward sex cannot be grounds for making marriage legally ineffective. Those who want to uphold their rights to pursue sexual activity outside marriage should choose to be in de facto marriage, which is free of a legally binding contract between two individuals. In the same light, for the law to catch up with changing morals and values in younger generations regarding marriage, it needs to strengthen de facto marriage and try to remove the social stigma from it, instead of allowing adultery in legal marriage.

To make bicycling popular and safe, Seoul and other major cities should introduce special bicycle lanes, right next to footpaths, and reserved for (non-motorized) bikes only. And cyclists must respect all traffic regulations, including traffic lights.

The current recreational effort is commendable and is an example for other countries to emulate. Having completed the Incheon-Busan ride, I have to note that the paths from Incheon to Daegu are excellent, well marked, and easy to follow. Hopefully, the paths between Daegu and Busan will soon be improved, signs erected or improved, and cycling paths be paved and made for all types of bicycles.

Commuting via bicycle is another story. Shared walking/bike paths are not well thought out. Many paths should be next to a road but are next to buildings where people exiting doorways are likely to be hit. Likewise, there are no protected paths for cyclists when riding on the streets, and buses and taxis pose a great danger. There needs to be a separate bike path similar to the one found on the Banpo bridge but extending throughout Seoul to give those who can and wish to ride a safe and secure path to do so. There also needs to be bike parking areas that are secure where anyone who rides or commutes via bike can feel secure that their bike will not be stolen or damaged while they are at work or tending to business.

Stricter traffic law enforcement (is needed) so that cyclists don’t have to fear for their lives from crazy drivers.

Korea has to be more car-friendly before it can consider being cycle-friendly. 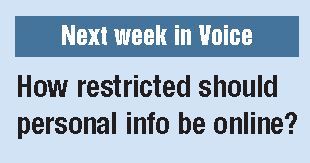