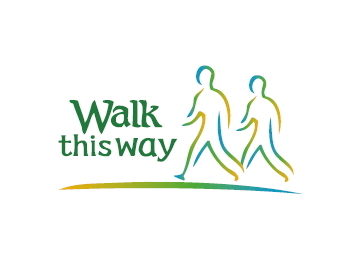 The Korea Herald is launching a 11-part series that introduces some of the best walking trails in Korea.
Based on each trail’s popularity and the recommendations of travel experts and the Culture Ministry, The Korea Herald has selected the 10 best places for walking and hiking.
The first part of the series looks at how the walking boom started in Korea and what impact it has had on the economy and culture. It also offers brief introductions to the 10 walking trails Korea Herald reporters will explore in the coming months. The series received funding from the Korea Press Foundation. ― Ed.


Korea has seen a surge in the walking and hiking population in the last three to four years and the creation of walking trails and hiking routes. One clear example of the trend is the typical weekend scene in Korea ― with groups of people clad in mountain climbing clothing and gear heading for the mountains early in the morning.

Thanks to them, the outdoor sporting goods industry is enjoying strong growth despite the economic downturn and regional economies receive a flow of outside money.

It’s difficult to know the exact number of hikers in Korea, but according to Jeju Olle Foundation, which designed the popular Jeju Olle walking trail, about 1.1 million people are estimated to have visited the trail in 2012, up by 140 percent from 2010.

The surge of outside visitors to Jeju brought a flow of money to the island economy. Each visitor spends an average of 394,132 won, according to a 2010 research report on the effects of the walking boom in Korea by the Ministry of Culture, Sports and Tourism, which examines the “ripple effect” visitors to Jeju Olle have on the local economy. 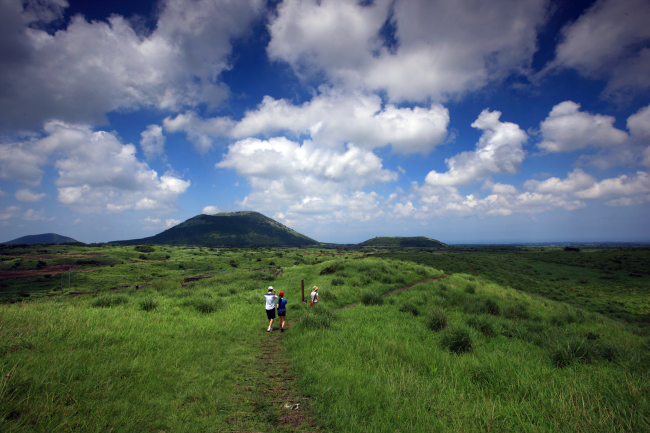 
“Tourists bring income to Jeju’s economy. Especially, walkers and hikers can go to every part of the island. They make great contributions to the local people by using local accommodation, taxis and buses. In addition, they buy local products,” said Ahn Eun-joo, director-general of Jeju Olle Foundation.

Following the success of Jeju Olle and Jirisan dullegil trails, provincial governments created their own trails. Now each province has at least one walking trail that makes the most of its natural resources.

“The start of the walking and hiking boom in Korea started in 1998 when the country was hit by the financial crisis. The massive layoffs left office workers in their 40s with nowhere to go. Then they started to flock to nearby mountains where they could pass the time without having to spend money,” said Jung Juno, director-general of World Walking Headquarters, based in Seoul. The World Walking Headquarters is an organization affiliated with the Ministry of Land, Infrastructure and Transport. It initiated the creation of National Walking Day in 2012, which falls on Nov. 11 of each year.

The walking boom was triggered again by the introduction of the world’s famous walking trails to Koreans in 2000.

“‘The Pilgrimage’ by the best-selling author Paulo Coelho, also inspired many people to walk on long distance trails,” said Jung.

The trail to Santiago de Compostela in northwestern Spain inspired Coelho to write “The Pilgrimage,” which kicked off his writing career. The 800-kilometer route now attracts an average of 6 million visitors a year.

Jung and his team at the World Walking Headquarters met the U.N. Secretary-General Ban Ki-moon in 2008 to propose the creation of a walking trail that could represent Korea’s walking culture and the restoration of 300-km-long trail connecting historical places on the east coast.

Compared to other countries, the establishment of walking trails is still in its infancy. Japan created a trail that crisscrosses the country starting in 1970 and many countries have their own walking routes such as New Zealand’s “Walkway,” Australia’s “Walking Track,” and Germany’s “Wandering Route,” according to a 2010 Culture Ministry research report.

Here are the 10 walking trails selected by The Korea Herald that highlight the diverse landscapes of Korea, its history, and regional cultures.

Bukhansan Dullegil: The 71.8-kilometer trail circling the mountain in the northern area of Seoul opened in 2010. The trail is divided into 21 courses offering various sights of Seoul with a mix of natural beauty and cultural landmarks. Visitors can also get a panoramic view of the city from its nine lookouts.


Ganghwa Nadeulgil: The 166.8-km trail divided into nine courses invites walkers on a journey through Korea’s history from the founding of ancient Korea to the early modern period. Some of the historical places include Korea’s first Anglican church, built in traditional Korean hanok-style, and fortresses that held strategic importance during several invasions by the Chinese.

Taean Sea Road: The 120-km trail from Hakam Port to Anmyeondo Island is divided into five courses offering views of the fishing culture of Korea’s west coast. One of the highlights includes a walk along the 12-km course during sunset. The trip to the sea road offers a look at how what was once the cleanest beach in Korea is now recovering from a large oil spill in 2007.

Jeungdo Mosil Road: The 42.7-km trail in South Jeolla Province is divided into five courses that stop at the fishing villages of the “Slow City” of Sinan. The road passes Korea’s largest salt field and vast mud flats. 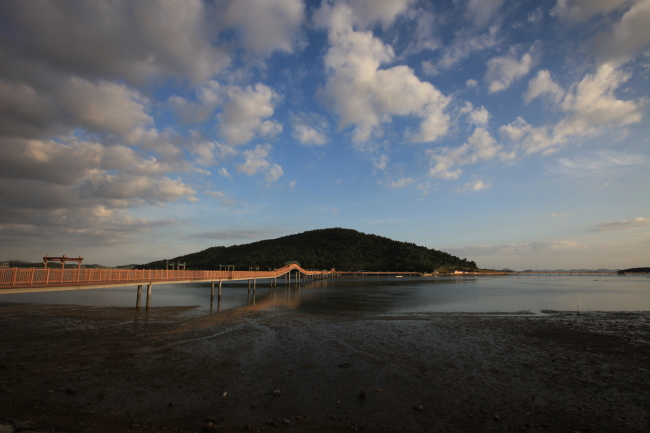 Tongyeong Story Road: The 25-km road in Tongyeong, a coastal city of South Gyeongsang Province has a dynamic culture and art scene and is home to some of the most famous cultural figures in Korea. The road provides dynamic art scenes with colorful murals and Cheongma Literature Hall, dedicated to poet Yu Chi-hwan. 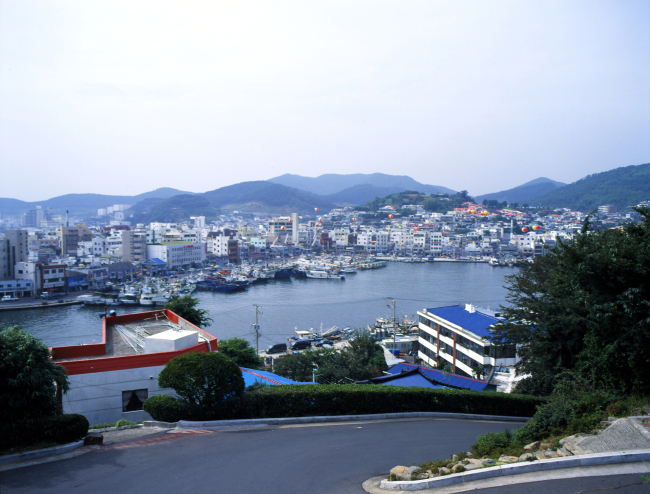 Mungyeong Saejae Road: The 36-km route is a historical path that was once an important gateway of Gyeongsang Province during the Joseon Period. Waters flowing down the sides of the pass are the source of one of the major rivers of Korea, the Nakdonggang. Visitors can stop by at the famous Suanbo hot spring.

Gyeongju Bulguksa Temple Road: Gyeongju, often referred to as the “roofless museum” of Korea and a capital of the Silla Kingdom (B.C. 57-935) offers a great walk surrounded by historical landmarks such as Bulkuksa Temple, Seokguram Grotto and other historic sites throughout the ancient city. According to UNESCO, the historic area, a UNESCO World Heritage site, is a “concentration of outstanding examples of Korean Buddhist art, in the form of sculptures, relics, pagodas and the remains of temples and palaces.”

The trail offers various scenes of Korean nature, as well as unique local culture and food.

Jeju Olle: Jeju Olle is the most popular trail on the resort island of Jeju. The 21 courses show the diversity of Jeju’s landscape, from small hills called oreum to natural landmarks such as Seongsan Sunrise Peak. Olle, meaning small alleys in Jeju dialect, invites visitors to experience Jeju’s culture and lifestyle closely as some roads lead to villages. 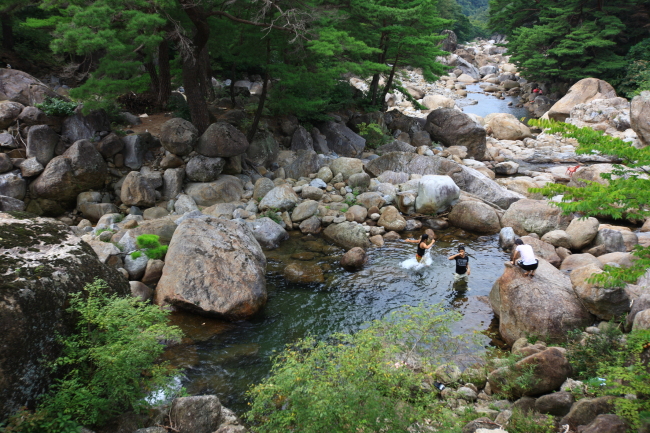