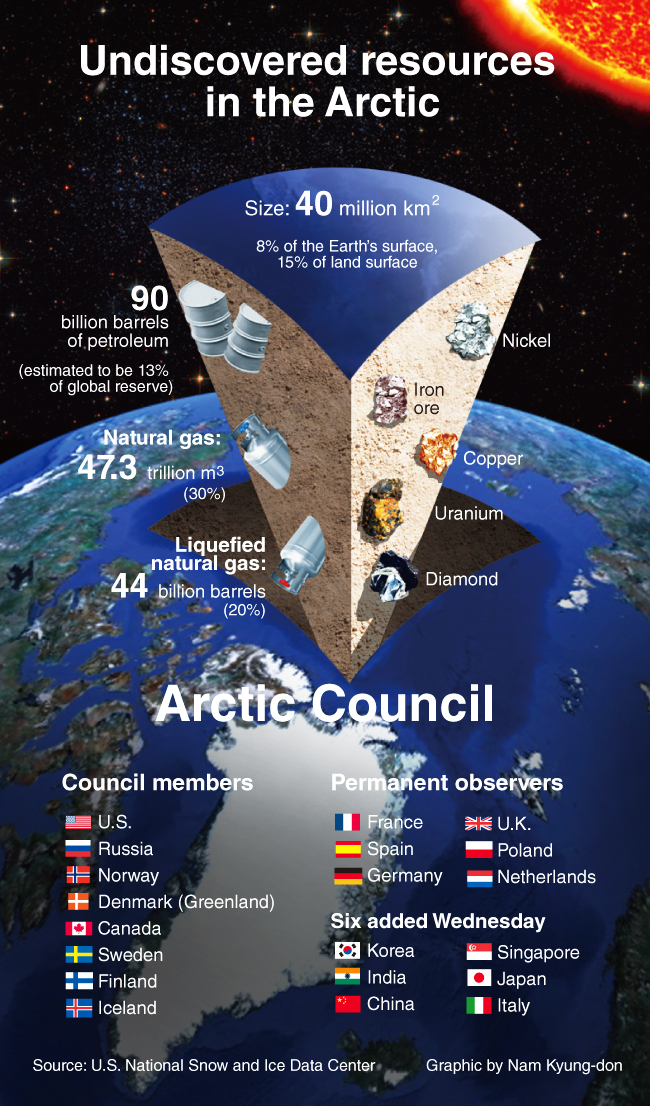 They are joining the existing group of the United Kingdom, France, Germany, the Netherlands, Poland and Spain.

A growing number of countries are vying for a bigger stake in the far north as global warming accelerates the melting of ice caps, boosting the potential for maritime logistics and resources development in addition to scientific research.

The intergovernmental organization of the U.S., Russia, Canada, Sweden, Denmark, Norway, Finland and Iceland is responsible for setting the rules for the development of the polar region. It was launched in 1996 to address climate change, indigenous people and other regional issues.