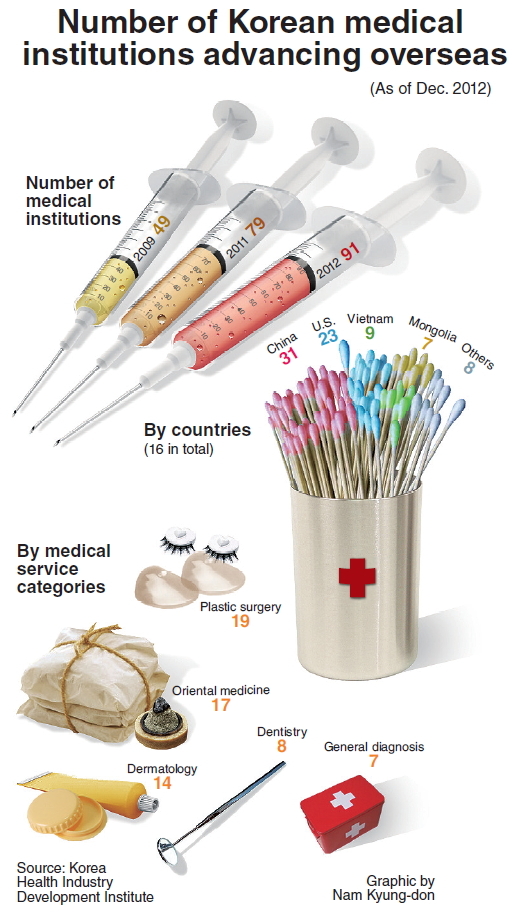 The number of Korean medical institutions expanding overseas has nearly doubled in the last three years, a report showed Monday.

According to the report released by the state-run Korea Health Industry Development Institute, 91 Korean hospitals had made inroads into foreign countries as of December, up 85 percent from 49 in 2009.

The hospitals were operating in 16 countries in Asia and North America. The most popular countries were China, where 31 Korean hospitals provide medical services, and the United States, with 23.