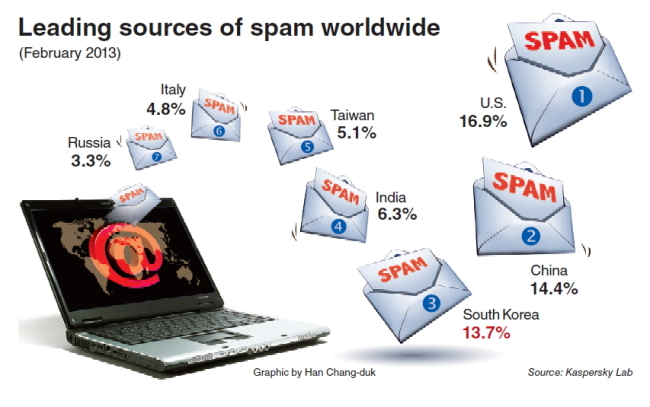 Korea was ranked the world’s No. 3 source of spam email in February, data showed.

Spam emails are among the most frequently used methods to spread malicious codes for cyber attackers.

Korea was ranked No. 10 last November. However, it rose as one of the most leading sources of spam worldwide this year.

But the dispatch location does not necessarily mean the malicious code was created in the country.

As it has been witnessed in many cyber terrorism cases in the past, various Internet protocol addresses are often used in the attacks to prevent backtracking.